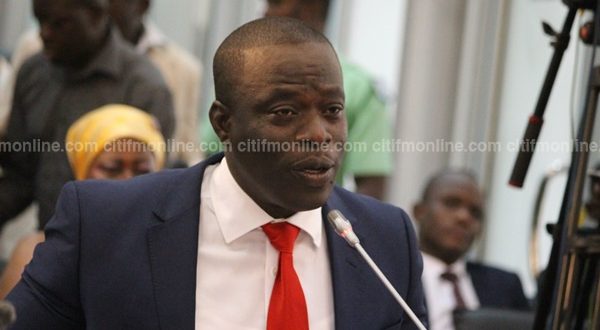 The Minister Designate for Employment and Labour Relations, Ignatius Baffour Awuah has resolved to commit to the implementation of the national daily minimum wage if approved by Parliament.

According to him, emphasis will be placed on both the government and private sectors to ensure compliance with the daily minimum wage.

Mr. Baffour Awuah’s assurances followed his appearance at the Appointments Committee of Parliament.

“Of course if the government sets a minimum wage the rule is that nobody should pay below that so if it comes to our notice we will try as much as possible to talk to whoever is paying below that to be able to up the pay because it is illegal to pay anybody below the minimum wage.”

Click below to listen to a Citi Business News desk report on living on the national daily minimum wage.

Hard as some members of the Appointments Committee tried to bring to the fore the instances of breach of the law by some employers in the private sector, the Minister Nominee couldn’t readily substantiate any such cases.

This is however contrary to recent reports that some employees are being deprived of their due.

Effective January 2017, all employers are to abide by the new national daily minimum wage of 8 cedis 80 pesewas.

Earlier checks by Citi Business News show that a huge chunk of Ghana’s low wage earners falls exactly below or on the minimum wage line pushing many of such workers into huge debts.

Though moves by authorities to ensure the figures are increased, it appears the country’s economic challenges make it difficult to do so.

Employment Ministry to get tough over casual workers' plight