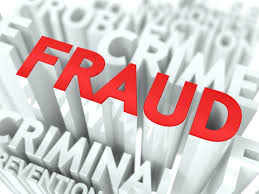 A Federal High Court on Monday in Lagos granted the Federal Government’s application to amend processes in its suit against Total Nigeria Plc over alleged under-declaration of crude oil exports.

The plaintiff, FG, had sued Total Nigeria Plc, alleging that it under-declared the volume of crude oil it shipped out of the country between January 2011 and December 2014.

The plaintiff accused the oil company of short-changing it to the tune of $245 million by allegedly shipping several barrels of crude oil out of Nigeria without making due remittance to the Federal Government.

At the resumed hearing of the case on Monday, Charles Nwabulu announced appearance for the plaintiff, while H. Abudulkareem appeared for the defendant.

Mr. Nwabulu had notified the court of a motion seeking a leave of the court to amend its pleadings.

He said the plaintiff had written to the court on December 9, 2016, and had filed an affidavit of urgency to enable it apply for hearing of its motion to amend its processes.

Mr. Nwabulu said his application was premised on the provisions of Order 17, Rules 1, 2, and 3 as well as Section 36 of the 1999 constitution.

He urged the court to grant the plaintiff’s application for an amendment.

In response, the defence counsel, Mr. Abdulkareem, said he was not opposed to the application for an amendment, but urged the court put it on record that the plaintiff had made several amendments in the suit.

He noted that the amendments of plaintiff’s processes had foisted it on the defence counsel to make a consequential amendment on its statement of defence, adding that the same should be put on record.

Justice Mojisola Olatoregun enquired from counsel to the plaintiff how many times he had amended his processes and was told only twice.

In a short ruling, the court granted the plaintiff’s motion and adjourned the case to March 23.

Similarly, a similar suit between the Federal government and Chevron Nigeria Ltd was also called up on Monday.

Miannaya Essien announced appearance for the defendant, while Mr. Nwabulu also appeared for the federal government.

Mr. Nwabulu had also made similar application for amendment of plaintiff’s processes before the court.

He said:”My Lord, we have four motions in court and we had written a letter dated December 9, 2016 with an affidavit of urgency informing the court of our motion if it pleases your lordship.”

Justice Olatoregun abruptly cut in, saying “it does not please me”.

She instantly chided plaintiff’s counsel for showing what she described as “unseriousness” in the suit, adding that the case had been on for a long time with no remarkable progress.

She noted that the case was adjourned till today for commencement of trial, and asked the plaintiff for its witnesses.

The judge frowned at the habit of “pushing processes” instead of focusing on the business of the day, saying “it is an unacceptable practice.”

She urged counsel to exhibit due diligence in the matter.

Meanwhile, defence counsel has informed the court that in spite of serving the plaintiff with a memorandum of appearance, the plaintiff still served processes directly on her client instead of her chambers.

In response, Mr. Nwabulu, apologised for the error, promising that same will be redressed.

Consequently, the court granted the plaintiff’s application for amendment, but awarded a cost of N15,000 against the plaintiff.

She also fixed March 23 for trial.

The News Agency of Nigeria reports that the Federal Government through its lawyer, Fabian Ajogwu, had filed the suit following a forensic analysis.

The analysis was said to be linking decline in oil revenue to alleged non-declaration or under-declaration of volume of crude oil shipped out of the country by Total and other oil companies.

The Federal Government’s statements of claims were backed by supporting affidavits deposed by three United States of America-based experts.

According to the deponents, about 57 million barrels of crude oil were allegedly illegally exported by the defendant.

He said the crude was sold to buyers in the U.S. between January 2011 and December 2014 without making due remittance to the Federal Government.

The deponents claimed that the said crude oil was sold to Tostsa Total oil Trading SA of San Felipe Plaza-Suite 2100,5847SAN FELIPE, 770557-HOUSTON, US at the port of Philadelphia, Pennsylvania.

The plaintiff claimed to have uncovered the illegality using high information technology system, including satellite tracking systems which were deployed by its consultants.

“The FG is, therefore, seeking a court order compelling Total Nigeria Plc to pay 245 million dollars “being the total value of the missing revenues from the shortfall/under-declared crude oil shipments.”

“The FG wants 21 per cent interest per annum on the sum till final liquidation.”

Again, it is also seeking general damages in the sum of 245 million dollars from Total Nigeria Plc.

The court had on September 30, 2016, dismissed a preliminary objection filed by Total, urging the court to dismiss the Federal Government’s suit for failing to disclose a reasonable cause of action.

Similar suits had been filed by the Federal Government against Agip Oil Company Ltd, Shell Western Supply & Trading Ltd and others.

Investigations into DKM bribery allegations to end next week