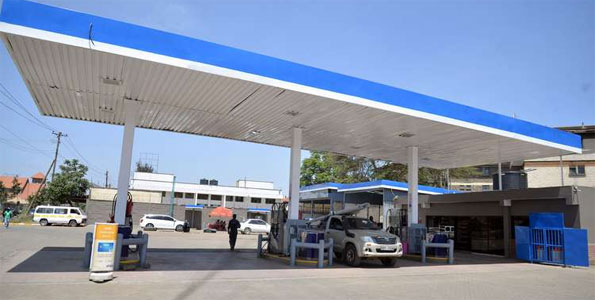 Petrol stations in Nairobi and its environs reported fuel shortage caused by the standoff between oil transporters and the Ministry of Energy over the implementation of the law requiring trucks to only operate during daytime.

Motorists in Nairobi and Kiambu on Wednesday complained of fuel shortage even as truckers remained cagey on the way forward after their demand to have the directive suspended failed to bear fruit.

Shell petrol stations in Kiambu, Mombasa Road and Kileleshwa, the Total station in Ridgeways, National Oil Nairobi West and Delta petrol station near Kiambu are some of those reported to have run out of stocks.

Vivo Energy, which distributes and markets Shell-branded fuel and lubricants in Kenya, on Wednesday admitted to having difficulties with supply but promised to have regular supply starting Thursday.

Vivo managing director for Kenya Polycarp Igathe said the truck drivers’ strike that started on Monday had interrupted normal operations, causing product stock outs in some of its outlets.

“Vivo Energy Kenya and our contracted transporters were not party to the strike. We deliver product as per the stipulated day travel rules by ERC for loaded petroleum trucks.

“Full operation normalcy is expected tomorrow (today) at all Shell service stations. We are delighted to be back in business,” said Mr Igathe in a statement.

The Kenya Independent Petroleum Distributors Association (Kipeda) which was behind the strike was however non–committal on resolution of the stalemate.

Kipeda chairman Joseph Karanja, who had led calls for the suspension of the fuel transit restrictions, said the shortages being experienced were spillover effects since trucks loaded Wednesday were supposed to have been dispatched by Monday morning.

He insisted the directive to have the trucks escorted by the police after 6.30pm to the safest place would be impractical, terming the directive a ‘soft way’ of freezing the regulation.

“The safest place for a loaded fuel tanker is either a depot or where it is destined to offload.

“Even the police will not allow such a truck to be parked in their compound. We know the law still remains and that directive was just meant to cool things down, we don’t even expect the police to escort these trucks anyway,” said Mr Karanja.