South Africa: Cape Town’s Water Usage Up, Despite Calls to Cut Down 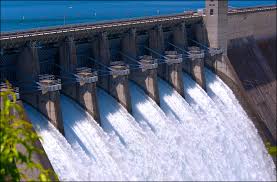 Cape Town’s water consumption increased between the last week of 2016 and the first week of 2017, despite calls to use less.

The city’s residents used 859 million litres of water per day between January 2 and 8, compared to 835 million litres in the last week of December, the City said in a statement on Tuesday.

Due to the ongoing drought in the province, water consumption had to be below 800 million to ensure there was enough water in the province’s dams to last until the next rainy season.

“Unless a drastic improvement is observed, more serious restrictions, including a blanket ban on watering gardens or filling pools, will need to be applied.”

“According to our projections, dam levels may ‘bottom out’ at a very low 20%. This leaves a very low margin of safety, as it is difficult to abstract the last 10% of a dam’s volume,” Reddy said.

“With a population in the region of four million people and significant water wastage occurring behind closed doors, the City cannot effectively enforce these restrictions unless residents act as our eyes and ears on the ground.”