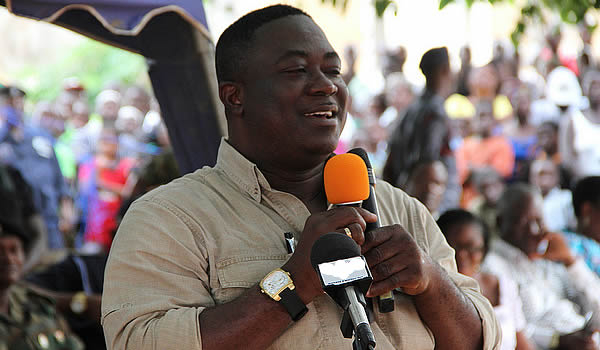 The Greater Accra Regional Minister,  Nii Laryea Afotey Agbo,  has urged public servants to be professional in the discharge of their work and continually serve the country with patriotism, neutrality, fairness and loyalty when government changes hands.

With some few days to hand over power to the incoming Nana Akufo Addo admnistartion, Afotey Agbo urge his staff to give the incoming administration the necessary support in order to achieve the goals of the nation.

According to him,  the service was a noble profession that must be guard against any acts that would affect its image.

“The country’s unity is sometimes undermined by polarization along party lines and we need to work with renewed commitment to national development and devote our energies to activities that will change our destiny and build a solid foundation for posterity,” he said.

The Minister gave the advice at the end-of-year party for staff of the Greater Accra Regional Co-ordinating Council in recognition of their support and hard work during in 2016.

The event created the platform for staff and management to socialise and share ideas.

Nii Afotey Agbo said the role of public servants in economic development could not be over emphasised, adding that the growth and development of every economy hinged on how resources were judiciously managed to the benefit of the citizenry.

He commended the staff for their selfless contribution in demonstrating a high sense of professionalism in the services they rendered to government over the years.

The Minister said the Ministry had partnered with China through the Economic and Commercial Counsellor’s Office out of which more than 60 staff had been trained in China in 2016 from all the Municipal, Metropolitan and District Assemblies across the country.

He called for unity among staff members, forgiveness of one another, reconciliation and  tolerance to ensure peaceful coexistence.

He commended the security agencies, especially members of the Regional Security Council, for their immense support in maintaining law and order during the 2016 general election.

Some retirees were presented with refrigerators and washing machines for their selfless contributions and meritorious service.