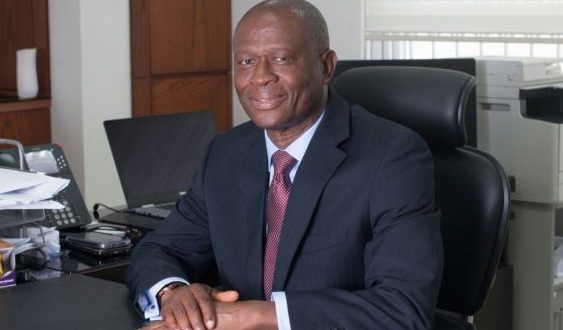 The Board of Directors of The Royal Bank Limited, a wholly Ghanaian owned universal bank, has appointed Mr. Osei Asafo-Adjei as its new Managing Director/Chief Executive Officer with effect from 16th January, 2017.

He takes over from Mr. Robert Kow Bentil who retired from the Bank on 31st August, 2016. Mr. Osei Asafo-Adjei was until 30th June 2016, Executive Director, Corporate Banking Division of HFC Bank Ltd.

He previously worked in senior management positions with The Trust Bank as General Manager, Business Development, Head Corporate Banking and Head, Corporate and Commercial Banking between January 2004 and May 2012. He started his banking career as a Credit Officer with Agricultural Development Bank (ADB) in July 1993.

In another development, the Board of Directors of the Bank have also appointed Mr. Lawrence Newton Adu-Mante as the Acting Chairman of the Board with effect from 1st December, 2016.

He takes over from Dr. Kofi Koduah Sarpong, who resigned from the Bank with effect from 30th November, 2016. Mr. Adu-Mante is a Banker with over thirty seven (37) years experience.

He worked in various Executive Management positions with the Ghana Commercial Bank Limited (GCB) including the position of Managing Director. Mr. Adu-Mante holds a Bachelor of Science (B.Sc.) Degree in Economics from the University of Ghana and a Master of Business Administration (MBA) with specialization in Finance and Strategic Management from the Cardiff Business School, University of Wales. He is also a Fellow of the Chartered Institute of Bankers (FCIB) Ghana.

Shutdown of Ghana Gas will not cause dumsor- ECG