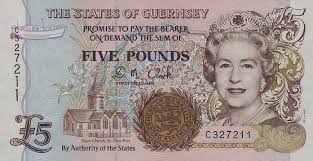 U.K. Chancellor of the Exchequer Philip Hammond said he’s confident the pound will find an “appropriate level” as Britain progresses with its plan to exit the European Union.

While short-term movements in the currency “can be irritating at times,” the U.K. government has “a high degree of confidence in forex markets,”  Hammond said in an interview with Bloomberg Television’s Francine Lacqua at the World Economic Forum in Davos.

“We are confident the markets do work and that sterling will find its appropriate level at any given time,” he said.

Prime Minister Theresa May set out her plan for Brexit in a long-anticipated speech on Tuesday, in which she said for the first time that her government is determined to make a clean break from the EU and Parliament will get a vote on the final deal. It sent sterling to its biggest one-day gain against the dollar since 1993.

The pound was 0.4 percent higher at $1.2306 as of 8:20 a.m London time, leaving it down more than 17 percent since June’s referendum — the worst performer among major currencies tracked by Bloomberg.

“Sometimes it takes the markets a couple of hours to digest,” what’s happening, Hammond said.