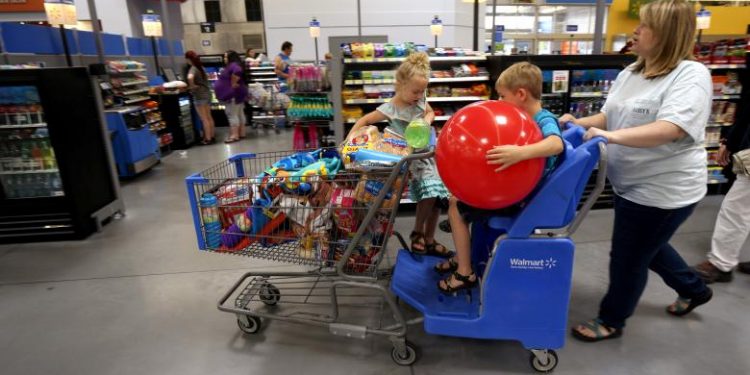 U.S. consumer spending accelerated in December as households bought motor vehicles and cold weather boosted demand for utilities amid a rise in wages, pointing to sustained domestic demand that could spur economic growth in early 2017.

There are also signs that inflation firmed last month. The growth outlook was further bolstered by other data on Monday showing a jump in contracts to buy previously owned homes. A strengthening economy, rising price pressures and tightening labor market could allow the Federal Reserve to raise interest rates at least three times this year.

“Consumers keep on spending to help the economy grow and inflation is stirring,” said Chris Rupkey, chief economist at MUFG Union Bank in New York. “The economy is at full employment. Time for the Fed to hoist sail on interest rates.”

The Commerce Department said consumer spending, which accounts for more than two-thirds of U.S. economic activity, increased 0.5 percent after gaining 0.2 percent in November. The rise was the biggest in three months and in line with economists’ expectations.

Consumer spending increased 3.8 percent in 2016 after a 3.5 percent rise in 2015. With domestic demand firming, inflation showed some signs of picking up last month. The personal consumption expenditures (PCE) price index rose 0.2 percent after edging up 0.1 percent in November.

In the 12 months through December the PCE price index advanced 1.6 percent, the biggest increase since September 2014. That followed a 1.4 percent increase in November.

The core PCE is the Fed’s preferred inflation measure and is running below its 2 percent target. However, other inflation measures are above the PCE price indexes. The consumer price index (CPI) is currently at 2.1 percent on a year-on-year basis and the core CPI is up 2.2 percent.

“Inflation will gradually accelerate over the next couple of years due to higher energy prices and stronger wage growth that leads firms to raise prices,” said Gus Faucher, deputy chief economist at PNC Financial in Pittsburgh.

The consumer spending and inflation data was included in the fourth-quarter gross domestic product report published last Friday. It was released ahead of the Fed’s two-day policy meeting that begins on Tuesday.

The U.S. central bank, which has forecast three rate hikes this year, is not expected to raise rates at this week’s meeting. The Fed lifted its benchmark overnight interest rate in December to a range of 0.50 percent to 0.75 percent.

U.S. stocks were trading lower amid nervousness over President Donald Trump’s order to curb travel and immigration from seven Muslim-majority nations, which led to demonstrations in U.S. cities and at airports.

Prices for most U.S. government bonds edged up, while the dollar .DXY was little changed against a basket of currencies.

While the housing market continues to recover and support the economy, it remains constrained by a dire shortage of properties available for sale. Economists see a modest impact on home sales from higher mortgage rates as the tightening labor market starts to boost wage growth.

The economy grew at a 1.9 percent annual rate in the fourth quarter, restrained by a wider trade deficit. Private domestic demand, however, increased at a solid 2.8 percent rate. The economy expanded at a 3.5 percent rate in the third quarter.

Consumer spending could get a boost from the Trump administration’s promise to cut taxes. While Trump’s has offered few details on his economic policy, consumer confidence has surged and the stock market has rallied to record highs.

Consumer spending last month was buoyed by a 1.4 percent jump in purchases of long-lasting manufactured goods such as automobiles. Spending on services, most likely utilities, increased 0.4 percent.

“The gradual downward trend in the household savings confirms that households were on a solid footing by the end of the fourth quarter and precautionary savings are not a concern,” said Blerina Uruci, an economist at Barclays in Washington.

Mombasa tycoon TSS’ land up for sale over bank debts