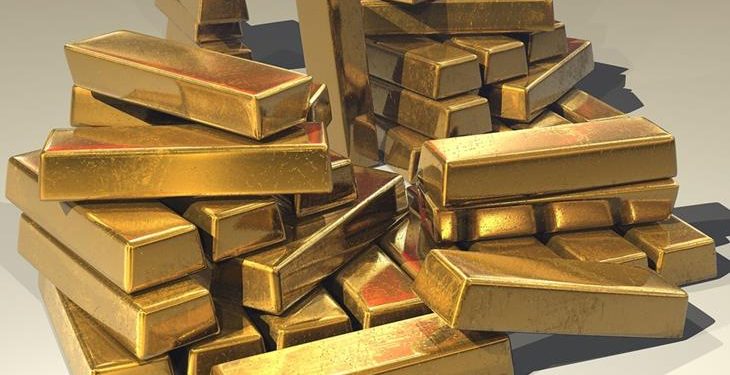 Gold on Wednesday held near a six-week high hit in the previous session, with economic and political uncertainty boosting its safe-haven appeal.

Markets were waiting for indications on policy from U.S. President-elect Donald Trump’s first news conference since the U.S. elections, due later in the day.

“The markets are myopic. There are immediate concerns over the global economy, at least in the first half of the year,” said Barnabas Gan, an analyst at OCBC Bank in Singapore.

He added that focus was on events such as Britain’s exit from the European Union, French elections in April and the impact of Trump’s trade policies when he takes up his post in the White House later this month.

Spot gold was up 0.1 percent at $1,188.86 an ounce by 0630 GMT. Bullion, often seen as an alternative investment during times of political and financial uncertainty, on Tuesday reached its highest level since Nov. 30 at $1,190.46.

“Greater than usual market sensitivity to Trump’s comments and actions may persist until the market becomes used to him in office. This could take several months. Thus gold prices may be more volatile than usual,” said James Steel, chief metals analyst for HSBC Securities in New York.

“In addition to U.S. dollar weakness, the gold rally has depended on a pullback in U.S. bond yields and some moderation in equity gains.”

The greenback has lost some of its momentum against other currencies, while U.S. bond yields have fallen considerably from two-year highs touched in mid-December. [USD/] [US/]

Gold is highly sensitive to rising U.S. interest rates, which increase the opportunity cost of holding the non-yielding asset while boosting the dollar, in which it is priced.

The outlook for U.S. rates may become a little clearer when Federal Reserve Chair Janet Yellen appears at a webcast town hall meeting with educators on Thursday.

“With the impending inauguration of President-elect Donald Trump and possible safe-haven flows related to that, seasonal Chinese demand and a stalling equity rally and bond sell-off, January so far is poised to be another good month for the yellow metal,” said Alex Thorndike, senior precious metals dealer at MKS PAMP Group.

Reuters technical analyst Wang Tao expects spot gold to rise to $1,210 per ounce as it has broken above resistance at $1,172.

Among other precious metals, silver was down 0.2 percent at $16.76 an ounce, after gaining more than 1 percent in the previous session, when it hit its highest in nearly four weeks.