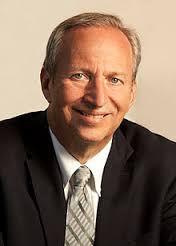 The analysis was a policy paper authored by Wilbur Ross, the billionaire investor Trump picked for Commerce secretary, and Peter Navarro, the economics professor Trump chose to head the new White House National Trade Council. It was published late in the campaign against Democrat Hillary Clinton.

On CNBC’s “Squawk Box,” Summers accused Ross and Navarro of “repeating the oldest cliches about protectionism,” calling their report “the economic equivalent of denying climate change or being for creationism.”
The Ross-Navarro analysis pointed to $2.37 trillion in addition federal tax revenue from 2017 to 2026 as a result of Trump’s trade, energy and regulatory reforms. But when coupled with proposed spending cuts, Trump’s overall economic plan is revenue neutral, they wrote.

Summers, who was Treasury secretary in the Clinton administration and was an economic advisor to President Barack Obama, also took Trump to task over his proposals to spend about a trillion dollar on infrastructure. Summers called them “a giveaway to the contractors for the pipelines they’re already going to build.”

“There’s [also] nothing that makes it be the most important infrastructure, which is fixing and maintaining” bridges, highways and airports, he added.

US trade deficit climbs to $45.2 billion in November