Uganda: Where Is Uganda’s Oil Money? 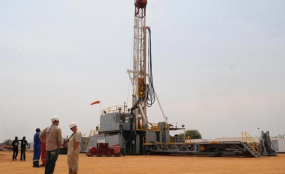 The Uganda government is yet to start oil production, but it is already earning money that can be termed as oil related revenue.

Over the last two weeks, the discussion in the country has been concentrated around the Shs6b that was paid to 45 public officials for ensuring that Uganda ripped benefits from two transactions.

The money was paid from the Uganda Revenue Authority (URA) budget in August 2016.

The money (Shs6b), according to the letter written by Mr Matia Kasaija, the Finance minister, would be replenished back to URA through a supplementary budget request.

The pay-out has raised question and key among them is whether the money Uganda has gained from taxes – about $750m (Shs2.7 trillion) from Tullow and Heritage – is still safe.

Currently, all oil revenues are placed in the Petroleum Fund (PF) that was established by the Public Finance Management Act, 2015.

According to the Act, all “petroleum revenues, which accrue to government, shall be paid into the Petroleum Fund.” Additionally, the management of this fund is placed under the Minister of finance, according to section 55 (3) of the PFMA.

Uganda has been involved in two tax disputes with Tullow and Heritage Oil. The two cases were able to generate a combined $750m (Shs2.7trillion) in revenues to the Uganda government. According to declarations by Bank of Uganda (BoU), the Petroleum Fund as at end of June 2016 had a total of $72m (Shs245.5b). This is because in a settlement reached between the Uganda government and Tullow in 2015, the oil company would pay $250m as Capital Gains Tax (CGT).

Tullow had already deposited the $142m (Shs511b) back in 2012 to the Ugandan tax authorities as it contested the total value that had been assessed. After the 2015 settlement, Tullow agreed to pay the balance $108m in three equal tranches of $36m (Shs129b) annually, until 2017.

According to the BoU annual report of 2015/16, the only money in the Petroleum Fund is from the two payments Tullow has made since 2015.

The final payment is expected in June 2017.

The ministry of Finance on December 22, 2016 approached Parliament with a request to approve the withdrawal of $33m (Shs119b) from the Petroleum Fund to spend oil related road infrastructure in the Albertine region. Making the request, Hon. Matia Kasaija, the finance minister stated that the infrastructure was necessary to ensure that first oil is out by 2020.

“These roads must be in place by 2019. With the rest [of the money needed] we shall borrow and we have had to suppress certain expenses from the budget and we believe with that package we should be able to get the oil out of the ground by the target date,” Kasaija told MPs at the time.

The money forms part of the counterpart funding required by EXIM Bank of China before a $554m (Shs2trillion) loan is disbursed for oil related infrastructure projects. One such road is the 111kms Hoima – Butiaba – Wanseko road.

However, the request was rejected on the grounds that it was submitted as per the PFMA recommendations. “So please go back and file the necessary papers namely the Appropriation Bill on this issue before we can proceed,” Ms Rebecca Kadaga, the House Speaker told the minister.

Before the establishment of the Petroleum Fund, money accrued from oil companies was paid into the Oil Tax Revenue account.

In the 2014/15 financial year, Shs1.6trillion was transferred from the Oil Tax Revenue account into the Consolidated Fund and spent by the government through the national budget.

This balance relates to an amount of Shs1.2 trillion transferred from what Tullow Oil paid to Government of Uganda for the settlement of the tax dispute between the government and Heritage Oil and Gas (U) Limited. It also includes stamp duty of $171m (Shs446b) on sale of Tullow Oil’s assets to Total and CNOOC.

Tax cuts should be replaced with pragmatic revenue sources - Analyst