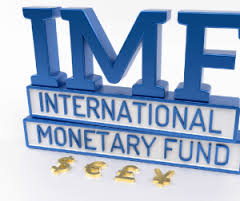 Uganda’s expenditure on infrastructure projects using debt has not yet reached levels where the country is at risk of defaulting.

In its seventh review of the Ugandan economy under the Policy Support Instrument (PSI) released on Wednesday, the International Monetary Fund (IMF) reveals that much as Uganda is not at risk of defaulting, is considered to be vulnerable if the debt accumulation levels continue.

“The Debt Sustainability Analysis continues to show a low risk of debt distress, but also indicates that vulnerabilities have increased. The authorities acknowledged the vulnerability to export shocks and the importance of realising the envisaged growth dividend,” the IMF PSI review concluded on January 3, 2017, reads.

Uganda’s debt-to-GDP ratio is estimated at about 36 per cent, which is considered manageable.

However, because of the pressures to spend and failure to hit revenue collection targets, borrowing from Bank of Uganda (BoU) may increase Uganda’s debt levels.

Domestic borrowing on top of crowding out the private sector also increases the demand for revenues to repay the loans. This is because most of the domestic debt is short-term.

“However, the relatively short average maturity of domestic debt combined with a low revenue base continues to be a matter of concern. The debt service-to-revenue ratio (including grants) is projected to stay close to 40 per cent until FY2022, among the highest in low-income countries, indicating high rollover and interest rate risks.

“These risks need to be mitigated by a combination of stronger revenue mobilisation and determined efforts to extend average maturities over the medium term,” IMF warns in the review.

Already there are signs that government spending may exceed what was proposed in the 2016/17 Budget. According to the IMF, in the first two-quarters of 2016/17, 55 per cent of the Budget had been released and that this was likely to force the government into seeking advances from BoU.

“There is, thus, a risk that the government could miss its deficit target. In this case, they may have to consider additional domestic financing to avoid relying on BoU advances again,” the review further points out. The government has already defaulted on some advances.

In a letter addressed to Ms Christine Lagarde, the IMF managing director on November 22, Mr Matia Kasaija, the Finance minister and Mr Emmanuel Tumusiime Mutebile, the BoU Governor admitted the defaults by the government.

“However, with the slightly higher fiscal deficit and concerns over government leaning too much on domestic financing from the banking sector, we were not able to repay the advance from Bank of Uganda by the end of the fiscal year. Instead, the outstanding advances will be repaid this fiscal year,” the letter reads, in part.

Moody’s outlook . “By contrast, Moody’s expects rapid growth in Ethiopia, Ivory Coast and Senegal. East African countries such as Uganda, Kenya and Rwanda, will continue to benefit from public capital spending and low oil prices. In the latter case, however, growth will be supported to the detriment of a rise in government indebtedness, while in the former, rapid growth will occur in parallel with government debt stabilisation.”