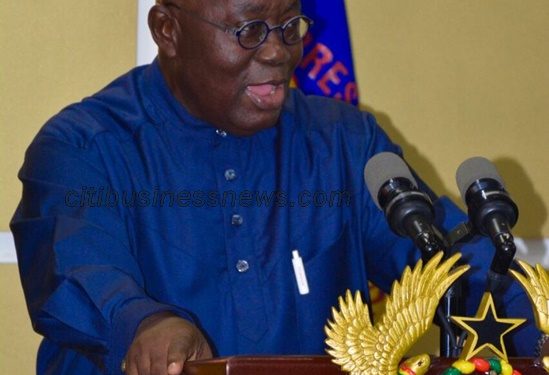 They include; Joe Ghartey, Akoto Osei and Kwaku Ofori Asiamah.

The three have been nominated for Railways development, Monitoring & Evaluation and Transport Ministries respectively.

Other nominations include; Ursula Owusu Ekuful, Atta Akyea and Kofi Addah who have been tipped for Communications, Works and Housing and Water Resources and Sanitation Ministries respectively.

The Member of Parliament for Ablekuma West has been nominated for the Communications Ministry.

She has also been Director of Vodafone Ghana Company Limited since October 1, 2004.

The Member of Parliament for Ablekuma West also serves as a member of Ghana Bar Association.

She is a Barrister/Solicitor by profession.

Lawyer Samuel Atta Akyea is the Member of Parliament for Abuakwa South in the Eastern region.

He will be heading the Works and Housing Ministry.

According to him, his focus will be to complete all the affordable housing units started by the NPP government.

In his view, there will also be the need to provide mortgages that will enable people with low end income access affordable housing.

Currently the country’s housing deficit stands at about 1.7 billion.

Joseph Kofi Adda has been named as the Minister nominee for the newly created Water Resources and Sanitation ministry.

He was a former Member of Parliament for Navrongo Central in the Upper East region.

Joseph Adda is a Financial Economist and a Management Consultant.

He worked as an Executive officer at the Ministry of Trade and Industry, Ghana in 1979.

Between 1983 and 1984, he worked as a Research Analyst intern at the Third World Trade Institute, New York, USA.

Over the next two years, he was an account Executive and Management trainee at the Equitable Financial Service, Inc., in New Jersey, USA.

He was appointed the Minister for Manpower Development and Employment by President John Kufuor in 2005.

But subsequently moved to head the then Energy Ministry in 2006.

Participants of 'Hello Kigali' tour upbeat ahead of trip