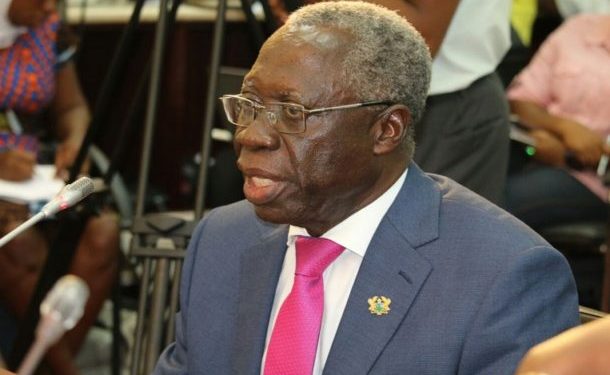 The Senior Minister nominee Yaw Osafo-Maafo has stated that the government will make some recommendations on the conditionality from the International Monetary Fund(IMF) demanding zero financing from the central government.

According to him, the IMF agreement did not go before parliament hence does not have any legal binding on government.

Mr. Osafo-Maafo hinted that the government may access financing from the central bank since it requires fiscal space.

“It is a fact that under Article 181 the law was breached, and we want harmony, we do not want the situation where the international community will come in and also read meaning that Ghana has entered in to an illegality with the IMF. They are coming early in February as a staff for the review exercise. We must do the review before our budget comes out early in March,” he said before the Appointment Committee of parliament.

He argued that the programme must be reviewed since the new government has made some promises that require fiscal space to implement.

“There are two main reasons why the IMF program must be reviewed I have already hinted to one of the bosses of the IMF. Now President Nana Akufo-Addo came out with a manifesto and in that manifesto he needs fiscal space to move it.

The current programme literally squeezes all the fiscal space out and therefore from the point of view of the programme of the NPP, the IMF program must be reviewed,” he stressed.

Ghana in 2015 signed onto a 918 million dollar extended credit facility programme with the fund.

Ghana has so far received a total of about US$464.6 million as disbursements from the IMF. The latest was on September 28, 2016.

The programme aims to restore debt sustainability and macroeconomic stability in the country to foster a return to high growth and job creation, while protecting social spending.

The deal which was not approved by Parliament has been heavily criticized by the new government, raising concerns that it will be reviewed under their tenure.

Calls for the renegotiation of the deal however have attracted mixed reactions from economists.

Meanwhile, economist and Senior lecturer at the University of Ghana Business School, Dr. Lord Mensah has urged  the government to take advantage of the 5 percent window of central bank financing .

According to him, even the though the conditions require zero percent financing from the central government, it was not adopted by parliament as parliament pegged it at 5 percent.