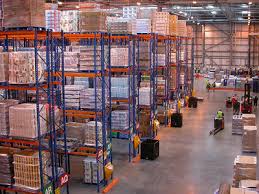 The component of wholesale inventories that goes into the calculation of gross domestic product – wholesale stocks excluding autos – increased 0.7 percent in November.
Inventory investment contributed half a percentage point to the economy’s 3.5 percent annualized growth rate in the third quarter. Inventories had weighed on GDP growth since the second quarter of 2015.

A report last week showed stocks at manufacturers increased in November for a second straight month. Data on retail inventories due to be released on Friday could shed more light on the size of the boost to fourth-quarter GDP from inventory investment.

The Atlanta Federal Reserve currently forecasts GDP rising at a 2.9 percent pace in the fourth quarter.

Sales at wholesalers rose 0.4 percent in November after a gain of 1.1 percent in October. Sales were lifted by a 1.3 percent rise in sales of machinery as well as a 0.5 percent increase in sales of automobiles.

At November’s sales pace it would take wholesalers 1.32 months to clear shelves, up from 1.31 months in October.

While that ratio has declined from the 1.37 months touched in January, which was the highest since March 2009, it remains relatively high. That suggests limited scope for a strong increase in wholesale inventory investment.

Hoteliers apprehensive about power challenges in 2017