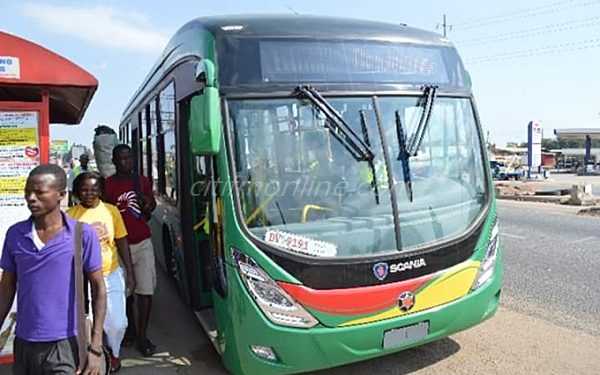 One of the key reasons for the inauguration of the Ayalolo Transport System late last year was to supplement the efforts of Ghana’s commercial transport industry as well as provide time-bound transport services to commuters in Accra.

But four months after its inauguration it appears most commuters in the city are not patronising the services despite the perks that come with riding the Ayalolo buses.

“Because we haven’t had a good public transport system, a lot of people are forced to use their private vehicles and that’s causing a lot of traffic. But if we have neat buses which are nice with air conditions, a lot of people will be tempted to leave their cars at home and ride their buses to work.”

A passenger who spoke to Citi Business News on her preference for trotro to the Aayalolo buses attributed her choice to the inconveniences associated with the BRT system.

“I do not always use the route the buses use. In addition, the card system is complicated for me considering the kind of work I do and the inconveniences I am likely to face if my credit gets exhausted,” she stated.

Listen to full audio report below

Citi Business News’ checks reveal that a trip on the Ayalolo bus from Achimota to Circle costs 1 cedi 15 pesewas, Achimota to Ofankor 1 cedi 92 pesewas which is cheaper than the cost of boarding a trotro.

From  Achimota to Circle for example, it will cost you 1 cedi 80 pesewas and Achimota to Ofankor 2 cedis 70 pesewas.

Another passenger also explained that his reason for not using the Aayalolo buses is the challenges associated with the validator.

“I do not want to use the Aayalolo because it stops at every bus stop and I see it as a waste of time, secondly, I tried to use it once and when I got to my destination and showed the card to the validator, I got a feedback indicating an error.”

Apart from being cheaper the ayalolo buses have air condition, free WIFI and a USB charging portal for phones as well as a special lane to avoid traffic.

But Citi Business News’ checks into why the buses are not being patronized despite all the advantages show that most people are not conversant with how the bus operates and its routes are very limited.

Also majority of Ayalolo ticketing booths are unattended to making it difficult to purchase tickets.

Public Relation Officer for Aayaolo Fred Chidi tells Citi Business News that they are hopeful patronage will pick up.

“Certainly, it’s a business venture and you certainly will know that you do not start a business all of a sudden and start to make profits so we are running at a huge cost but eventually we will meet our target. The trend we have established now is if we are able to do toe ridership will increase by sixty passengers per bus so it is encouraging and something that we are determined to make work, so it is just a matter of time.”