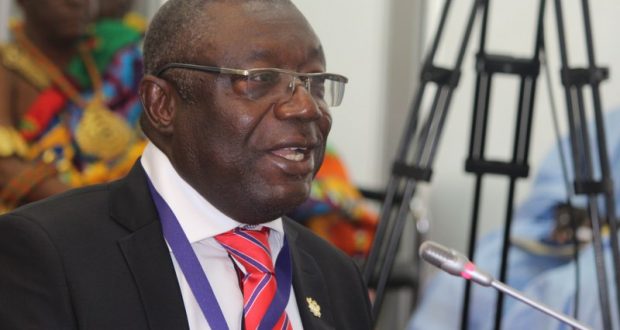 The Western Regional Minister Nominee, Dr. Kwaku Afriyie has disclosed plans to push for legislations to back specific allocation of revenue from the country’s mineral resources to the development of the region.

He contends that the region’s contribution to GDP from its enormous resources undeniably places in a critical position to merit specific developmental support.

Though Dr. Afriyie admits that such decisions should be embarked on cautiously, he believes it would be a plausible idea within the short to medium terms.

“In the short term, within the ambit of the law and because we want to accelerate development in the Western region, I may advocate for that,” he told the Appointments Committee on Tuesday.

The comments were in response to a question on whether the Minister Nominee will advocate for such an initiative following the huge concerns over the appalling level of development in the Western region.

The Western region serves as the major base for the country’s forest, gold, cocoa, bauxite and recently explored hydrocarbon resources.

But many development challenges still confront the region.

These include; poor road infrastructure, low living standards, high cost of living, inefficient healthcare delivery among others especially in areas where resources are predominantly located.

The recent commercial exploration of oil in the region prompted local authorities to demand a ten percent allocation of all oil revenue proceeds to fund developmental projects.

Some have opposed any attempt by governments to make specific allocations from resource proceeds to any region.

They argue the move will not augur well for the country as it may escalate into creating an unfavourable precedent.

Meanwhile Dr. Afriyie has backed calls for the enactment of minerals revenue management law to regulate the allocation and expenditure of revenue from the sector.

The NPP government has already hinted of plans to institute such a law to facilitate the development of mining communities.

“I am aware of the Rio Protocol where it was agreed that those on whose land the minerals are extracted, the government should give them a package or benefits which is over and above what goes to the country. So within that kind of proposal, I will agree,” he stated.

Three taxes to be scrapped in 2017