Kenya in the dark over perfect power mix 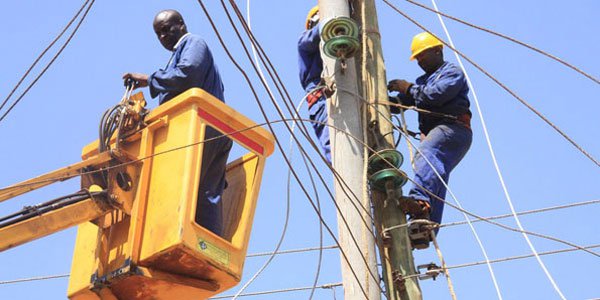 Government officials have recently been groping in the dark in their search for the right electricity supply mix to meet demand and trigger growth while avoiding excess power that could result in higher consumer bills.

Several mega power projects have been cancelled or shelved amid fears they would leave Kenya with excess power, a situation that could see consumers pay billions of shillings for electricity not used.

Energy experts reckon that the officials bit more than the economy could chew when they unveiled an ambitious plan to construct new power plants based on an ‘exaggerated’ demand growth.

Kenya had hoped to slash electricity costs by increasing supply from cheaper energy sources such as geothermal, wind, coal and natural gas power plant – which was dropped last year on the lack of adequate demand.

“Of course they knew their estimations were highly exaggerated when they drafted the least cost power development plan (LCPDP) in 2011,” said Mr. David Mwangi, an energy consultant.

He said economic activity, especially in the manufacturing sector, has been slow over the six-year period. This has failed to fire up demand for power while the option of exports to neighbouring economies has been impeded by the lack of or existence of low-capacity transmission lines.

It is perhaps for this reason that the Energy ministry recently commissioned a study by a German consultancy Lahmeyer International to assess the economy’s power needs in coming years.

The consultant, which audited manufacturers and other large power users, submitted the report last October to serve as the power sector roadmap.

The study casts the spotlight on just how far-off-the-mark the government was when it came up with the economy’s growth projections for electricity demand.

The consultant reckons that Kenya’s maximum power demand will grow 72 percent to 2,259 megawatts by 2020 from the current 1,620 megawatts when projects such as the standard gauge railway start operating fully.

Government estimates, on the other hand, indicate that the peak demand will jump threefold to 4,755 megawatts in the three-year period, which is double that of the consultant.

Such growth would require the country to have a total power capacity of 6,495 megawatts or nearly three times more than the current capacity, leaving a reserve margin of 36 percent to serve as contingency energy.

The ministry expects geothermal power to grow threefold to 1,728 megawatts in the next three years, hydropower (1,039 megawatts), wind (735 megawatts) and 969 megawatts from diesel generators.

Imports, largely hydropower from Ethiopia, would comprise 1,000 megawatts while coal will take up 620 megawatts according to the plan.

The cheaper power sources will serve as base load to meet the country’s minimum demand at any given time, pushing out expensive thermal sources in the reserve margin.

Any economy is required to have surplus power capacity up to a given level, beyond which it translates to higher power bills as consumers are often charged for idle power plants.

The reserve energy capacity serves to plug supply shortfalls whenever several plants are taken off the national can i buy accutane over the counter grid during maintenance or unforeseen breakdowns.

The government’s power demand growth projection has sparked a fierce debate on where this huge demand will come from in the three years to 2020.

To put it into context, Kenya has only managed to consume a maximum of 1,620 megawatts at any given time.

The narrative that the economy will now transform rapidly to demand three times more power in the next three years is seen to lack substance.

“It does not take much effort to notice the gap between what is on paper and the economic reality,” Hindpal Jabbal, a former chairman of the Energy Regulatory Commission (ERC) said, citing sluggish pace of activity.

On the flipside, French multinational Peugeot and German Volkswagen have since opened assembly plants in Kenya, raising electricity demand.

Kenya’s manufacturing sector has stagnated at an average of 10 per cent over the past 10 years, despite government’s efforts to revamp it like reducing power costs.

Demand from domestic consumers is still low despite connections to power having grown fivefold in the past seven years to 5.8 million customers currently.

The ministry records indicate that the average tariff for industrialists is Sh14.22 (13.8 US cents) per kilowatt-hour (kWh), having dropped from Sh18.80 per unit in 2014.

In 2013, the Jubilee Government announced an ambitious plan to produce additional 5,000 megawatts of electricity in a period of 40 months ending this year.

These saw economists warn that the economy would end up with a more-than-required surplus and saddle consumers with a Sh61 billion idle capacity charges burden every year.

They reckoned that Kenya lacks the capacity to absorb such massive amounts of electricity given the sluggish rate of economic growth, delays in rolling out Vision 2030 projects and a poorly performing manufacturing sector.