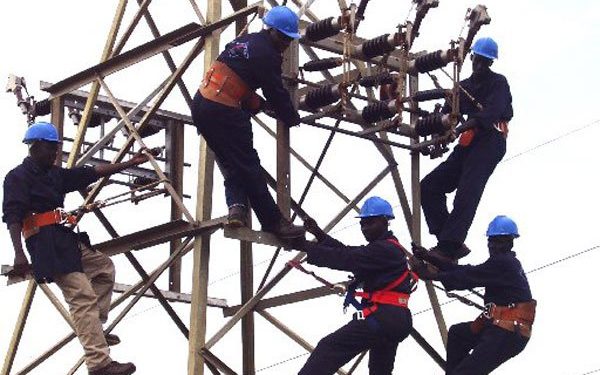 The escalating cost of electricity is one of the major challenges that investors in the dairy industry are grappling with.

Aside from being expensive, the power supply has been unreliable with increased interruptions due to huge demand.

Over the recent past, the country has been faced with rescheduled power supply forcing processors to look for alternative energy sources in order to keep their operations running round the clock.

A five-hour power blackout in the country last month saw many milk firms which were not prepared for such a long outage incur huge losses.

In a bid to address this recurrent problem, processors are investing in sustainable energy sources. Some of the big boys in the lucrative industry have invested heavily in green energy and have installed solar panels in their cooling stations.

The New Kenya Cooperative Creameries (KCC) has installed steam generation engines which it says have cut the cost of power as it seeks to make sure the energy usage is manageable.

“Steam generation is one of the green energy we are using to run some of our factories and the good thing is that it has been tested and is perfectly working in our Eldoret factory,” said New KCC Head of Corporate Affairs Ms. Stacy Too.

The new steam generating machines, she said are working round the clock and are not only used when there are power outages.

“Our steam engine machines are running our boilers throughout the process and this is very effective as the company has now been able to reduce its energy cost,” she added.

“We have managed to cut down the energy cost by at least 30 percent of the current consumption and this is a good saving as this money is ploughed back to make sure our factories are up and running round the clock.”

Ms. Too said the new methods of conserving the energy will soon be rolled out in other factories in Dandora in Nairobi, Kiganjo in Nyeri, Nyahururu in Laikipia County and Sotik in Bomet County and other small cooling plants owned by the company across the country.

Ms. Too said the New KCC is currently modernising its machines by replacing the old ones with those capable of adapting the new energy saving solutions. “It is now a requirement by the government that all processors and other manufacturers to install energy saving machine and as New KCC we are ready to take up that challenge by becoming complaint with the new regulation of installing the new machines,” said Ms. Too.

She said all the new machines imported by the company in their modernisation processed must be checked by their engineers before they are installed as the coming embarks on the energy reduction solutions.

Besides the new initiative, Ms. Too said that New KCC has invested heavily and has installed massive generators for back up in all its factories and cooling stations across the country.

Another giant in the industry, Brookside has adopted the use of solar powered water heating systems at its Sabatia raw milk cooling centre in Eldama Ravine and at the Sotik and Kitale bulk milk stations in a project that will eventually see all its 55 cooling stations adopt the use of alternative renewable energy.

The processor is also pushing for the adoption of biogas by all its 145,000 farmers across Kenya as a cheap source of energy for rural households.

“We are keen to rationalise our power costs through adoptions of clean energy systems in all our operation processes. We are also environment conscious and we are determined to bring all our farmers on board in the adoption of biogas as a cheap source of energy for heating water on the farms,” Mr. Gethi said.

Brookside has a daily intake of over 2 million litres of raw milk at peak, which must be chilled at source before transportation to the processing factory in Ruiru. The adoption of solar energy will significantly reduce the processor’s dependence on external power supply, besides cutting costs of running generators to power its cooling stations during electricity outages.

However, according to Mr. Gethi, the outage increased its overall cost of doing business for the day, but its operations were not disrupted as it relied on a power back-up contingency plan for all its milk cooling plants and at the Ruiru processing hub.

“The five-hour outage did not disrupt operations at our 55 cooling plants and at the Ruiru processing house as our generators picked up on a real-time basis, relative to the time external supply went off,” Gethi said.

“Our operational risk analysis and contingency plan, which has key components of uninterrupted power supply, was handy in this case. In recent times, we have had to up our stand-by power generation capacity to more than 750 KVAs, which kept us running for the entire duration of the outage,” Gethi added.

He, however, added that the company incurred increased cost of fuel for running the generators.

The adoption of solar energy is expected to help the firm rationalize its power costs, besides acting as a power back-up contingency plan for its milk cooling plants.

Mr. Gethi said Brookside is working with its contracted raw milk suppliers on adoption of biogas, used for heating water in homes.

“Biogas, which is generated from solid waste on the farms, is a cheap source of energy for farming households. We are demonstrating to farmers that this is the way to go for their energy needs,” Gethi said.

The company has set up a dairy demonstration farm at Rongai in Nakuru county where farmers are taught how to optimize the use of biogas on the farms using cow dung.

The Energy Regulatory Commission, in its renewable energy report for 2015 – 2035, says Kenya is endowed with high solar energy resources, due to its position astride the equator. Photovoltaic power, in which photovoltaic cells are used to convert sunlight into electricity, is the commonest form of solar energy with 4.2 per cent of total installed renewable capacity in the country, according to the report.

However, optimum performance of solar panels is affected by increased cloud cover in a project area.

Brookside Dairy is one of the top very large consumer in the country and its efforts to conserve the energy has been recognized for its efforts by the government.