The  importance  of monetary  policy  is  revered  in  modern  macroeconomics  and  its prominence in the Ghanaian economy is unchallenged.

The Monetary Policy Rate (MPR) is the monetary policy tool of the Bank of Ghana (BoG), and it is the rate at which commercial banks can borrow from the central bank.

The independence of the BoG to conduct monetary policy in a manner that ensures price stability, while supporting government economic growth and employment agenda, inter alia is guaranteed under the Bank of Ghana Act 612 (2002).  In 2007, the Bank adopted Inflation Targeting (IT) as the framework for the conduct of monetary policy in Ghana.

The flaw of the Inflation Targeting (IT) regime

Truly, IT was (and is) a guiding principle for the Bank of Ghana principally because it gave a clear goal for policy in the medium term. Thus, achieving the target was crucial to achieving policy credibility and anchoring expectations of economic agents about monetary policy. However, over the last decade, the centrality of the Central bank on aggressive inflation targeting is flawed in a country driven by production and supply shocks.Indeed, having an independent central bank with clear mandate and quantifiable target is desirable, but it has otherwise lessened the essence of using monetary policy to achieve other essential economic goals in Ghana.

The most potent strength of inflation targeting is in the face of demand shock where the central bank intervenes by tightening the monetary space to dampen inflation. This will reduce inflation and output volatility over the cycle. In circumstances where demand shocks has been persistent, evidence favors the effectiveness of inflation targeting. The question therefore, is Ghana experiencing a demand pulled phenomenon? If not,why has the BoG been relentless in dosing out the less effective remedy to the Ghanaian phenomenon?

In the figure below, I present the historic monetary policy rates and accompanying inflation rates since year 2000.

A contractionary monetary policy relates to a relatively higher monetary policy rate while a monetary expansion lowers policy rate. A higher MPR is aimed at sinking the level of broad money supply to reduce inflation. This explains why the BoG will hold a higher MPR to dampen general demand and keep inflation at sustainably low rates. Theory asserts a negative relationship between MPR and inflation.

However, over the period, the Ghanaian evidence points to the contrary. In 2000 and 2001 when the BoG pegged MPR at a record high rate of 27%, inflation rates skyrocketed to24.9% and 33.6% respectively. Granted a high MPR is effective in lowering inflation, why did we record such debilitating rates of inflation in the early 2000’s? Fast forward to 2011 the Central bank held MPR at an unprecedented low average rate of 12.7%, inflation went as low as 10.7%. Again, Ghana achieved the lowest yearly average inflation rate of 8.7% in 2011 at the time when MPR was correspondingly low as 12.9%. The inherent implication is that monetary policy rates has not significantly impacted inflation. The Ghanaian example exhibits a positive association between MPR and inflation rates; inflation rises with higher MPRs and falls when MPR falls. This is clearly depicted in the graph above.

In current times, the sharp decline in inflation for January to 13.3% from 15.4% in December is clearly a base drift effect. Alien to theory, MPR dropped by 50 percentage points a month before.

Owing to the above empirics, conclusion can vividly be drawn that the conduct of monetary policy in the context of a rigid inflation targeting regime in Ghana has not effectively delivered on its object.

A call for paradigm shift

The adherence to sound fiscal policy initiatives, in and by itself, is only a necessary requirement for growth. It needs a complementary and accommodating monetary policy to sufficiently move the nation out of her current economic woes.

Inflation targeting has failed in the Ghanaian setting as it has accentuated output volatility. The benefits of policy credibility is offset by real losses in output as a consequence of a consistent contractionary monetary stance of the central bank. Thus, inflation targeting is not the best monetary policy framework that will deliver Ghana from the myriad of economic strangulations.In a country of unbearable levels of unemployment and a crushing low Gross Domestic Product (GDP) growth, consequences of shrinking private sector, the focus of conduct of monetary policy must be shifted from aggressively targeting inflation to growth targeting.

Nominal GDP targeting must be the trajectory that the Monetary Policy Committee (MPC) of the BoGmust ply to this end. This works well because nominal GDP is the sum of inflation and real GDP. In cases of inflationary threats, the BoG under a growth targeting regime will consider the rise in inflation to a fall in output and not tighten policy rate. Where the expected fall in GDP is higher than rise in inflation, the BoG may even loosen policy rate (drop MPR) to mitigate the impact of that shock on national income.

Drop the MPR to Spur Growth

Banks are agents of economic growth and development.The financial resources with the banks, if used effectively and efficiently will spur economic growth and strengthen our inefficient financial systems through their intermediation role by mobbing excess liquidity from surplus units and reallocate same to deficit economic agents. The desired industrial development of the present government can only be achieved if entrepreneurs are provided with the needed funds to engage in profitable and productive ventures. When banks create credit, it has an effect on domestic production, incomes, employment and capital accumulation, and the larger economy feels the direct impact of a robust financial system.

Beyond the issue of credit granting is the fundamental issue of lending rate. The MPR which is an indicative rate for the financial economy is a major determinant of interbank rate, base rates, and most importantly the lending rate. Since this is the presumptive rate that commercial banks will borrow form the BoG, banks’ lending rates are always a margin above the MPR. And since the MPC has held the policy rate at a prohibitive rate for years, lending rates have corresponded in the same direction. The effect is that capital to private sector has been constrained largely by the unsustainable high rates on credit advances as well as government’s persistent and competitive demand for loanable funds.

The figure above compares the monetary policy rate of Ghana to average MPR of 51 African states and the world. The MPR of Ghana ranks highest both in the sub-region and inthe world. Africa recorded an average MPR of 8.69%, higher than the world’s rate of 5.76%. Ghana’s 25.5% represents acolossal increase of 193.4% and 227.1% over the African average and World average MPR respectively. In each group (African and world), where Ghana’s rate is excluded, the average MPR fell marginally.It will surprise you that our closest neighbors (Ivory Coast, Togo & Burkina Faso) have MPR of 4.5%.

Ghana’s policy rate is stoking cost of borrowing and forcing businesses to go bankrupt. High interest rates has been consistently ranked by the Association of GhanaIndustries as a major stifling factor in doing business in Ghana.

Fact is, currently, the general direction of cost of funding is downwards. Government borrowing using treasury bills and notes has dropped significantly by 30.57% since fourth quarter of 2016. Over the same period, headline inflation has also plummeted drastically by nearly 25%to 13.2%. 1-year note has remained at 19% over a month.The Non-Performing Loans (NPLs) portfolio of banks have improved to 17%, arising from the restructuring and amortization of energy sector debts, and expected to drop even further. On the flipside, marginal borrowing via the interbank market by commercial banks, to ensure they do not flout the BoG regulation on Asset/Liability Operations, has hovered around 25% for more than a year. As at February, 2017, base rates has averaged over 26%. Average lending rates, which reflect the true cost of borrowing has averaged 33.8% as at the end of February, 2017. Some banks charge as high as 43.6%.The prevailing phenomenon where treasury rates are higher than MPR even defeats theory.

Clearly, the fundamentals do not add up! The key determinants have changed southwards but the transmission mechanism to a lower lending rate has been truncated by the non-revision of monetary policy rate downwards.

To come of this logjam, the recovery step must start with a significant downward revision of the MPR to indicate the directing of lending rates. This is an imperative accommodating monetary policy that will complement the fiscal policy initiatives intended to recover the private sector from slump and place it on the path of progress and prosperity. There must be greater complementarity between fiscal and monetary policy; with monetary policy supporting on government’s fiscal policy direction of a robust economy that prop up a thriving private sector, jobs and wealth creation. The MPC,in its75thregularmeeting,must adopt this position and drop the MPR.Monetary policy must not be reduced to only a reactionary tool for offloading the liquidity impact of fiscal policy excesses.

Government’s attention must shift from Treasury-bills to other income-generating ventures. Government must condense its penchant for raising funds through the money markets on a weekly basis as is done currently, and make it quarterly at a much-reduced volume. This single action will drive Treasury-bill rates down further. The unhealthy competition for investable fund between the public and private sectors is crowding-out private sector participation and is a dire recipe for recession. If we succeed in getting it below 10%, together with an MPR below 20%, we would have base rates drop dramatically below 14%.Consequently, default rates would reduce because the interest ratesare within tolerable levels for businesses to succeed and pay back the loans contracted.

For all regulated pricing, it is important for us to understand what goes into the benchmark computations of base rates and how the BoG ensures that the data used for these inputs can be validated from published financials. Currently, it seems arbitrary where any bank can use any NPL value, operating cost and margins, and outrageous return on equity (RoE) to determine a base rate that favors its neoclassical profit motive at the expense of national development. That window of transparency must be extended to the general public to enhance scrutiny. The age of super-normal profit would eventually disappear from banks. There would be elimination of “lazy” bankers who are only interested in lending to government through Treasury bills.

Eventually, governmentrevenue would increase because of more investments being birthed as a result of accessibility to funding from banks at a reasonable interest rate, as businesses flourish. In time, most ailing or dead small & medium scale enterprisesand large corporations would naturally come back to life and breathe a sigh of relief as the result of a fresh injection of capital ‘blood’ into operations made available by banks through large and cheap credit.Only then will economic growth become reality and unemployment issues resolved, as the economy expands to its potential. 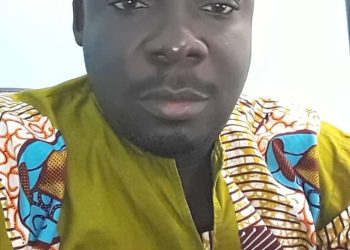 It is interesting to note that after the emergence and collapse of the infamous MENZGOLD investments schemes, several other unlicensed...

Valentine’s deals that cut through the ‘noise’.