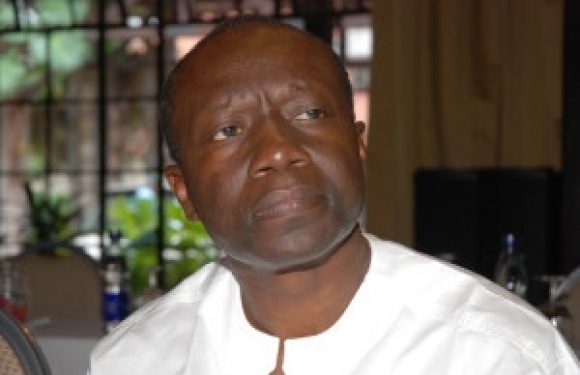 The Ministry of Finance has described attacks on the $2.25 billion bond issued recently as baseless.

The Minority group in parliament, led by a former Deputy Finance Minister, Mr. Cassiel Ato Forson alleged that the issuance was done in secrecy, denying other investors an opportunity to participate in the bond.

The Minority further alleged that the transaction was “cooked” to favor a particular investor ,Franklin Templeton, while the transaction did not receive parliamentary approval.

But responding in a press release copied to Citi Business News, the Ministry of Finance lashed out that “Hon Cassiel Ato Forson, a former Deputy Finance Minister, knows very well the workings and processes for the issue of domestic bonds and as such, should not be making such baseless allegations”.

“The allegations are maliciously designed to malign and negate the positive news and rave reviews this landmark transaction has garnered, both locally and internationally,” it said.

In their response, the Ministry explained that “the issuance was not shrouded in secrecy nor was it “cooked” for any particular investor”.

“The Bookrunners, (Barclays, Stanbic and SAS), on behalf of the Ministry of Finance have been mandated since 2015 to issue these domestic bonds on a regular basis as per the debt issuance calendar which Ministry of Finance (MoF) puts out every quarter”.

“Also the book runners announce and publish every impending bond issue to the market, the week of issue and provide price guidance to the market. This particular bond issue was no different and was done in conformity with the established process. It was announced by the Book Runners to the market on March 30, via email and same published on MoF and Bank of Ghana (BoG) websites with settlement on April 3,” the statement said.

It  rebutted that FT was not the only participant, as there were over 25 other buyers including other foreign entities, who all brought in dollars to convert to cedis to buy the bonds.

“This bond issue, like all the others done prior could not have been designed to favour any single investor. The conventional processes for the issue of bonds using the book building approach were adhered to in this particular issuance. It is our understanding that the said investor engaged various market participants and other key institutions including the IMF before deciding to participate in the bonds. It is worth noting that local investors also participated”.

It clarified that the said investor participated in the issuance in the manner they have always done since 2006 through their local Primary Dealer, Barclays Bank and their local custodians, Standard Chartered Bank and Stanbic Bank.

“To have obtained preferential treatment, all the above mentioned institutions would have had to conspire to do so, a situation which is unfathomable.  The investor in question, FT, has held Government of Ghana bonds of up to USD 2 Billion prior to this transaction. Indeed FT has been buying and investing in government bonds since 2006,” it argued.

“Approval was given under the initial application to Parliament in the 2015 Budget Statement and Economic Policy document, to run such a bond issuance program.  The Ministry of Finance has the mandate to fund the deficit as contained in the budget approved by Parliament through the issuance of debt instruments and to manage the countries debt stock”.

The statement  justified that the issuance brought in significant amount of foreign currency, which was converted into cedis to purchase the bond, helping to strengthen the value of the Cedi and providing much-needed respite for the citizens of Ghana.

It added that “the transaction will also lengthen the maturity periods of government debts thereby reducing the short term redemption and rollover pressures on government”.

According to the statement, the proceeds from the bond issue are to be used for liability management and for the re-profiling of our domestic debt stock by repaying more expensive short-term debt as it matures, as such it shall not add to the total debt stock of the nation.

“This deal is a positive move in the current debt management strategy being pursued by government and should be applauded”.