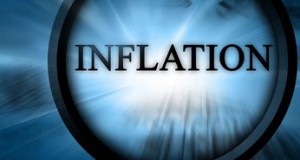 Ghana’s inflation has dropped for the third consecutive time this year to 12.8 percent.

The figure declined by 0.4 percent from February’s inflation rate of 13.2 percent.

The inflation which measures the change over time in the general prices of goods and services also showed that the non-food component dropped from 16.4 to 15.6 percent.

The major determinants for the non-food component were recreation and culture, furnishings, household equipment and routine maintenance, clothing and footwear, education and health.

But the food and alcoholic beverages component increased to 7.3 percent.

The major drivers for this category were fish and sea food and meat and meat products.

Acting Government Statistician, Baah Wadieh explained to Citi Business News that the low rate of upward price reviews this year, have accounted for the declining inflation.

“Because of the removal of subsidies from petroleum products, electricity and water, the prices of these items went up in 2016 which led to the rise in inflation. After the major deregulation exercise in early 2016, there have not been any major adjustments in prices,” he said.

Mr. Wadieh added, “So what is happening is that most of these increases have run almost a twelve month cycle and their effects are easing out and that is what we have been witnessing in the inflation rate particularly this year.”

But the Volta region recorded the lowest inflation of 10.7 percent.

According to the Ghana Statistical Service, March’s 12.8 percent is the lowest since December 2013.