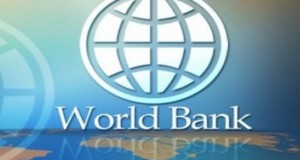 The World Bank has backed the government’s decision to review the AMERI power plant deal over concerns of generation capacity excesses.

According to the Bank, Ghana’s current total electricity generation capacity is higher than the amount demanded.

Speaking to Citi Business News, the Ghana Country Director of the World Bank, Henry Kerali also stated that the review should help the country save any extra charges to be borne in allowing more power producers.

“With the pending where to buy isotretinoin uk power generation plants still to come online, it will still go to increase the excess capacity…We think it is right for the government of Ghana to review the Power Purchase Agreements that were signed,” he said.

There are about eight power producers operating in the country.

They are generating an additional power estimated at 400 megawatts.

The figure is however expected to increase to about 3500 megawatts with the coming in of the pending power producers.

In responding to the government’s quest of becoming a net exporter of power, Mr. Kerali also cautioned that the relatively cheaper tariffs charged by neighbouring Cote d’Ivoire and Burkina Faso place them in an advantage over Ghana.

The NPP government has already commenced review of the various power deals under the erstwhile NDC government.

The Committee, led by Lawyer Philip Addison has among others revealed that the country was shortchanged in commission levied by the power company, AMERI.

The recommendation has been a renegotiation of the contract or a complete abrogation.

According to the committee, Ghana paid an additional 150 million dollars in commission.

Other concerns raised by the committee border on the granting of tax holidays, no operating license and concerns that no due diligence was carried out on Ameri.