Some former officials on the NCA Board including the Chairman, Eugene Baffoe-Bonnie; the Chief Executive Officer, William Tevie; a former Deputy National Security Coordinator, Alhaji Osman, a former member Dr. Nana Owusu-Ensaw, as well as a private businessman, George Oppong of Infraloks Development Limited, are being investigated by the BNI over some $4 Million withdrawn from the NCA’s account purportedly for the purchase of a listening device.

But Dr. Nana Owusu-Ensaw, in a statement released to the media today [Friday], May 26, 2017, and copied to Citifmonline.com, denied any involvement in the deal, in which he’s alleged to have played a role in sharing an amount of $500,000 dollars among his colleagues.

He released the statement after his encounter with the BNI, where he had categorically told them that he never received any money in relation to the matter being investigated.

“In addition to the foregoing, Dr. Owusu-Ensaw is further prepared to cooperate with the authorities to get the bottom of the allegations” the statement added.

Media reports broke about how the former NCA officials allegedly withdrew $4 million from the accounts of the NCA and have failed to account for it.

The officials had contracted an Israeli company, NSO Group Technology Limited, to supply listening equipment at the cost of $6 million, to enable National Security monitor conversations of persons suspected to be engaged in terror activities.

A local agent, Infraloks Development Limited, was also charging $2 million to facilitate the transaction, bringing the total sum to $8 million.

Mr. Oppong has issued a rejoinder claiming that the “NCA’s signatory to the contract has sought and obtained a cumulative gross of about $1,500,000.”

So far, all persons involved except Alhaji Osman [whose whereabouts are unknown] and Mr. Tevie, have admitted to taking the money and have been granted bail after the BNI took their statements. Some of them have started refunding the money to the state.

Information Minister, Mustapha Hamid, has told the media Government is determined to retrieve “every pesewa” wrongfully taken from the accounts of the National Communications Authority (NCA) by former Board members.

“Their goal is to retrieve as much of whatever was looted from the state as possible.”

Mustapha Hamid explained that there is always the difficulty in getting the monies paid back into the state coffers when the culprits are prosecuted or even incarcerated. 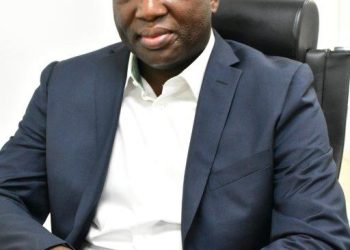