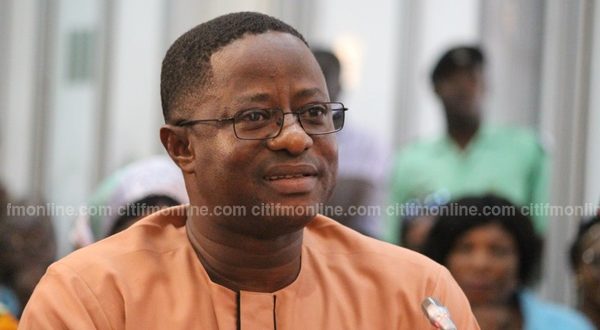 Government has stated it will soon roll out a gold refinery policy.

The move, according to government is to retain most of Ghana’s gold and add value which is currently absent due to the lack of a refinery policy.

Stating the numerous loss of income due to the exportation of raw gold, the Minister of Lands and Natural Resources, John Peter Amewu said plans are far advanced to establish a gold refinery policy to gain more income for the country.

“For institutions like this to work, there will be a need for some form of a refinery policy just as we have in the mining policy that sets the targets and the directions which we want to go with our agenda for refining,” he said.

He lamented the huge income the country loses due to the absence of a gold refinery policy.

“It is clear that Ghana is losing a lot from the raw gold that we keep on exporting out of this country for more than 100 years now,” he said adding that there must be a conscious measure to retain the gold for local processing.

He maintained that refining the commodity in Ghana will help the country benefit from the by-products.

“The raw gold as you see has some other impurities like the silver and all those that are part of it but as a country, the royalty gained actually comes as a result of those materials been extracted from the gold so what are we gaining from those other five, six minerals that are refined and left out of the processes.? But if you have a refinery of this nature, of course the ability of the country to extract and gain those elements is very high,” he suggested.