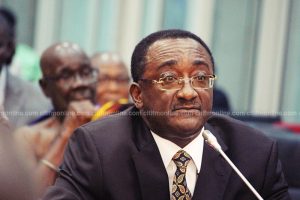 The European Union (EU) is expected to lift the ban on some vegetable exports from Ghana by the end of this year [2017].

The move should increase Ghana’s production of such vegetables to about 20 million dollars.

The EU has banned the exports of some vegetables from Ghana over concerns on their quality.

There have been subsequent reviews to correct the challenge between Ghanaian and European authorities.

But Agric minister, Dr Owusu Afriyie Akoto explains to Citi Business News a visit by a team from the EU in September 2017 should culminate in the removal of the ban. “There are five items which have been banned for two years and we are hoping that they will be lifted this year. Because there is a program including a visit by the EU officials to come and review all the things that we have been doing to reform the way we are doing all our exports and if they are satisfied, the ban will be lifted,” the Minister stated.

Dr. Akoto added that the ministry together with allied agencies has intensified efforts to achieve more than 90 percent of the needed conditions to get the ban removed.

“I think we are ninety-five percent there in terms of their requirement and by the time they come in September and hopefully we will get that thing resolved.”

The Minister spoke to Citi Business News when he met a 17 member delegation from Czech Republic on Friday.

The meeting involved the Agric Minister for Czech Republic, the Czech Ambassador to Ghana among two other deputy Ministers.

The issues centered on deepening Agric investments and development both in Ghana and the Czech Republic. On his part, the Deputy Minister of Foreign Affairs of the Czech Republic commended the partnership between Ghana and his country.

Even though he maintained that the double taxation agreement should help both countries, he impressed on Ghanaian authorities to work to finalise the investment agreements to attract huge investments into Ghana.

“I am very happy that we are finalized the agreement on double taxation it is important framework for businesses and we are looking now to finalise the investment protection treaty and other certain important documents which are essential for businesses,” he stated.