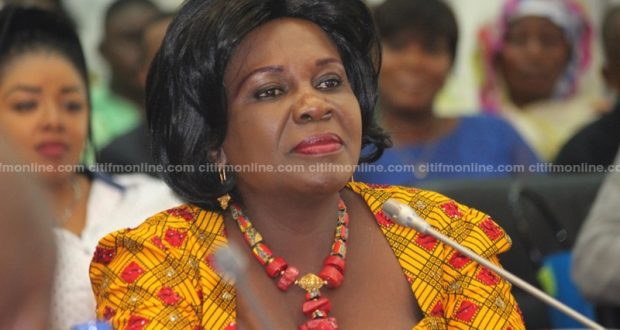 The Minister for Aviation Cecilia Dapaah has disclosed that investors from China, Dubai and Turkey have expressed strong interest to partner government in the development of a world class airport at Prampram in the Greater Accra region.

Government acquired the over 60 acre land in 1974 to construct the airport, but the project has delayed for decades due to lack of funding.

Speaking to the Ningo Traditional Council during a tour of the site, Madam Cecelia Dapaah announced that government is considering all the proposals from the investors to build not just an airport but an aerotropolis.

“We have come to pay a courtesy call and also view the land, we are all lucky because in Ghana we are one. Investors have expressed tremendous interest in this project. We are all praying and fasting and looking for the necessary funding and strategic partners to make sure we bring this laudable project into fruition,” she announced.

She explained that the project comes with a full package to develop the area into an aerotropolis.

Madam Dapaah stated that the size of the investment require huge financial partners to bring it to fruition.

“This project will not be called an airport, it will be called an aerotropolis , that is a lot of investors, from China, from Turkey from Europe from everywhere that we have received proposals from we are going to work on it,” assured.

Lauding the role of the chiefs and people for protecting the land, Madam Dapaah debunked media reports that the 60 acre land have been encroached upon.

I think we should laud the chiefs for preserving the lands. This land was acquired in 1974. These people have done very well for taking care of it and not allow anybody to encroach on it. I didn’t see any encroachers,” she observed.