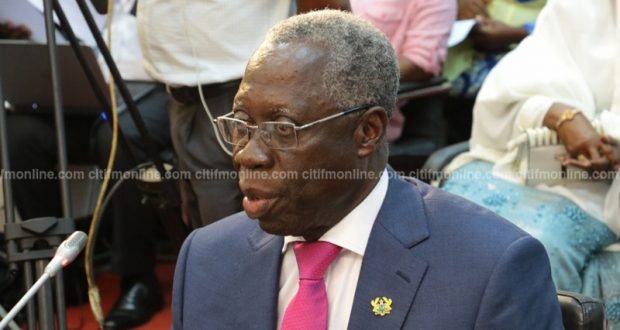 The NPP government’s bonds issue have been viewed by some as repeating the very concerns the party raised during the campaign season in 2016.

The running mate at the time, Dr. Mahamudu Bawumia criticized the NDC for increasing the debt burden of Ghanaians.

But speaking to Citi Business News on the issue, Mr. Yaw Osafo Maafo stressed that the move will afford government an opportunity to create the fiscal space for development.

According to him, the length of time secured for borrowing, rather extends the maturity periods for the country’s debt.

“So far, this government has not been involved in borrowing; rather what it has been involved heavily in is debt re-profiling meaning that you are looking at your repayment period and you are asking other people to take some part of the debt and give you a longer repayment terms,” he stated.

“Instead of paying something in one year, you get the option to pay within ten years. This helps to get a moratorium to reduce the debt service which is a major toll on the country’s resources and fiscal appearance.”

Ghana’s debt stock as at May 2017 stood at 137.2 billion cedis, according to latest figures from the Bank of Ghana.

This also represents 67.5% of Ghana’s debt to GDP ratio.

Already, the government has announced plans to raise some 17.4 billion cedis in bonds for the third quarter of this year.

During the three month period, July to September, a 2.6 billion cedi fifteen year bond will be issued in August and two five year bonds, one to be issued in July and the other in August.

The rest will be 91 and 182 day bills which will culminate into about 11 billion cedis.