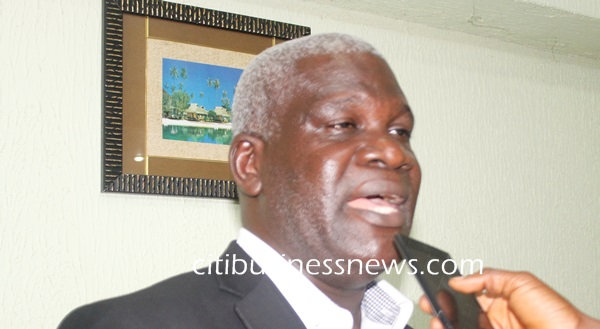 The Industrial and Commercial Workers’ Union (ICU) wants the government to reconsider at the modalities in appointing the new Executive Secretary of the National Labour Commission (NLC).

The President Akufo Addo has appointed a new Executive Secretary of the NLC, Mr. Ofosu Asamoah.

He replaces Mr. Charles Adongo Bawa Duah who was appointed by former President John Mahama in 2016.

But the ICU contends that the process of replacing Mr. Charles Bawa Duah with Mr. Ofosu Asamoah without recourse to laid down procedure is likely to impact negatively on labour issues.

According to the General Secretary of the ICU, Solomon Kotei, the selection of the Executive Secretary must be conducted in a transparent manner so as not to infringe on the rights of all stakeholders.

“This is the right for the Public Services Commission; the Commissioners are also appointed by the tripartite committee comprising government, labour and employers association…if with the Executive powers of the President they want to come and usurp the power of the Public Services Commission, what we are advising is that the position should be vacant then they can do that,” he remarked.

Mr. Kotei added,“Even so, that person must go through the right procedure and that is what we are saying.”

Meanwhile the ICU has served notice it will intensify their pressure should their appeals go unattended to.

The General Secretary of the Union would not readily disclose the plan of action than to mention of consensus among the various labour fronts.

“The momentum is gathering; organised labour is putting itself together and probably a stronger position and voice may be heard than what ICU has done,” he asserted.

Delisting CPC from GSE will defeat govt agenda for growth