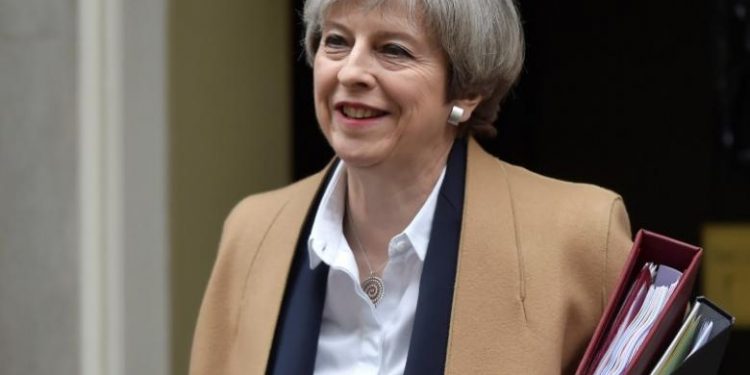 Ghanaians and other nationalities living in the UK illegally, will from January, 2018 see their bank accounts frozen following a new directive by the UK Government to weed out illegal immigrants.

The move follows the UK Government’s decision to force banks and building societies to freeze the accounts of failed asylum seekers, foreign national offenders and visa over stayers.

The measures are part of Prime Minister Theresa May’s plans to create a “hostile environment” for illegal immigrants in Britain, and the accounts of those identified will be closed down or frozen.

”Well to be fore warned is to be for armed now you’ve got until January, If you know that you do not have legal basis to be there then the best thing is to either close the account now or transfer it out to ensure that by January there nothing, in their account because they are going to freeze their accounts.

But will allow you the opportunity to come and justify why you have the account and once you are able to prove yourself then they will unfreeze it so why do you wait if you know when it comes to January you will not be able to prove that you have the legal grounds to stay in the country and go through all that trouble”.

He adds that persons who do not take action because they are unaware of the development will lose their monies.

Reacting to concerns that the development will have an impact on the banking sector Mr Otuo Acheampong said ”……Well yes if we suppose that there are literally thousands of people who have accounts and are not entitled to their accounts there will be an effect, but the figures will not be such huge sums that it will affect the operations of the bank.

The figures are not so astronomical as to affect the banking industry but moving forward it going to be difficult to open a banking account in the UK if you do not have the legal basis to do so’.