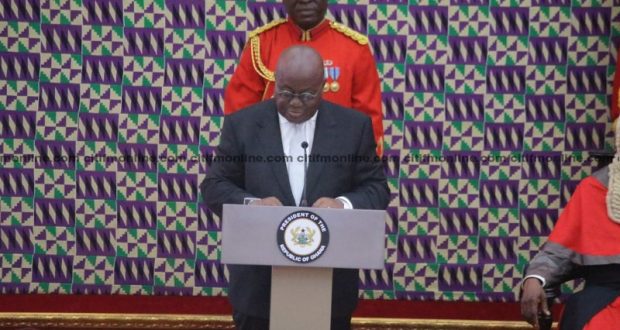 Citi Business News’ checks have shown that industry’s growth as has been touted by the government have been largely influenced by the oil sector.

A development, some Economists also believe could have serious implications on the economy considering the exhaustive nature of the country’s oil resources.

Speaking at the commissioning of the Twyford Ceramics Factory at Shama in the Western region over the weekend, President Akufo Addo narrated how his administration has transformed industries growth from (-0.5%) to 17 percent as at September 2017.

Figures from the Ghana Statistical Service show that between January and September 2017, industry grew by 15.6 percent on the average.

The industrial sector of the economy comprises mining and quarrying which also includes oil exploration activities, water and sewerage, manufacturing and construction.

For the nine months (January to September 2017), mining and quarrying led with the growth of 32.8%, 75% and 40.8 percent in the first, second and third quarters respectively.

The Director of Economic Statistics at the Ghana Statistical Service, Mr. Asuo Afram explains this development.

“It was mainly because of the oil and that is the reason why the industry’s growth has been recording the significant growth. This is also as a result of the increase in the global prices of crude oil for sometime now,” he said.

Following mining and quarrying in terms of increased growth is the water and sewerage subsector.

Meanwhile, the construction recorded the least growth under industries.

It is unclear what may have led to this but some have attributed the arrears owed contractors as possible reasons for the marginal growth.

Changes in US interest rate structure to impact Eurobond