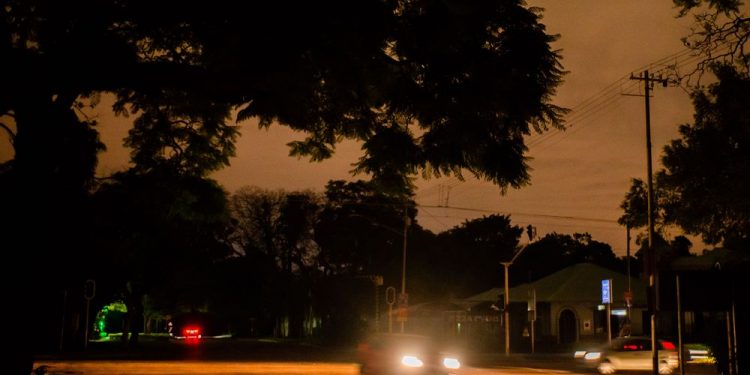 Blackouts in South Africa intensified to a maximum level on Saturday after the state power utility said it lost additional generation, including electricity imports from Mozambique.

The power cuts, first implemented over the weekend to replenish water and diesel designed for surplus generation, were raised to so-called Stage 4, removing 4,000 megawatts from the grid, Eskom Holdings SOC Ltd. said in a statement on Saturday. It marked a third consecutive day of outages rotated throughout Africa’s most industrialized nation.

Eskom’s operational and financial woes stem from years of mismanagement and massive cost overruns on two new coal-fired power stations that should have been completed in 2015. The utility is seen as one of the biggest risks to the country’s economy.

The loss of additional capacity included a reduction of electricity imports from neighboring Mozambique. “The situation remains tight and volatile and we may have to implement further load-shedding should the situation deteriorate,” Eskom said. The rotational power cuts, known as load-shedding, are intended to protect the system from a total collapse.

“Having lost capacity from Mozambique earlier today, Eskom lost an additional
900 megawatts” due to a line fault, the utility said.

Stage 4 power cuts, the highest degree that has been implemented by the utility, reflects the unreliability of aging coal stations, a reliance on imports and defects in even the newest plants built. The cuts increased from 12 p.m. local time and the utility could remove power from the grid, according to its website.