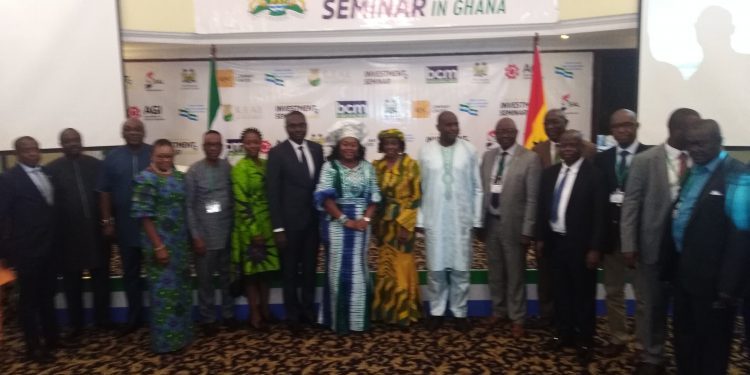 Deputy Minister for Trade and Industry Carlos Ahenkorah has cautioned that the implementation of the African Continental Free Trade Area(ACFTA) could be derailed if the issue of standardization of goods and services are not addressed in all countries.

Ghana’s parliament in April 2018 gave its backing to the African Continental Free Trade Agreement, seeking to boost intra-Africa trade through the creation of a single market for goods and services.

But speaking to Citi Business News on the sidelines of a Sierra Leonean investment seminar held here in Accra, the Deputy Minister for Trade and Industry Carlos Ahenkorah called on stakeholders in the ECOWAS region as well as the rest of the continent to adhere to the outlined standards for goods and services to facilitate a speedy implementation of the African Continental Free Trade Area.

“If trade between African countries will work out, standardization comes into play. I say this because if Ghana or any other country should hike up their standards and other countries are unable to keep pace then the process will be hindered. If this is not looked at then the African Continental Free Trade Area (ACFTA) might not work properly. We might encounter serious challenges.”

Carlos Ahenkorah however acknowledged that some progress was being made on the standardization front.
“Lo and behold we are fortunate as an ECOWAS region. The regional body has come out with a protocol that is accrediting or giving opportunity to ECOWAS countries to as it were set up quality systems to arrive at an accreditation board to look into standardization with shipments going into each other’s country. Once we have signed up unto this protocol it levels the playing field as to what I can take to your country and what you can bring into my country.”

President On the Africa Continental Free Trade Area (CFTA)
Meanwhile, the President of the Republic, Nana Addo Dankwa Akufo-Addo, says Ghana is fully committed to the success of the Continental Free Trade Area (CFTA), after its formal launch in Kigali, Rwanda, at an Extraordinary Session of the Assembly of Heads of State and Government of the African Union, on Wednesday, 21st March, 2018.

With the CFAT described as “the largest free trade area created since the formation of the World Trade Organisation”, President Akufo-Addo noted that Ghana has already indicated her readiness to host the CFTA Secretariat in Accra.

The coming into being of the CFTA, according to President Akufo-Addo, is one of the most important decisions the African Union will ever take.

The Bank of Ghana (BoG) has served notice to all licensed financial institutions and the general public that effective July...