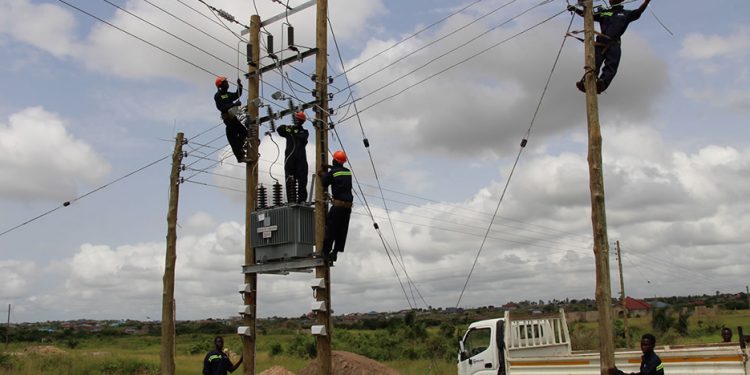 Ghana currently boast of over 4,300 Megawatts (MW) of Installed Generation Capacity from largely hydroelectric and thermal sources, with 1,366 MW other committed thermal projects expected to come on stream in the next five years, according to 2018 Integrated Power Sector Master Plan (IPSMP). Net Dependable Capacity exceeds 3,900 MW, and Peak Demand rarely exceeds 2,550 MW. The country is also significantly endowed with natural gas to fuel the power plants which are largely dual-fuel-fired to generate enough power.

These presents great comfort for a state that has an agenda to pursue an aggressive and rapid industrialization, and provide economic opportunities for its growing population of approximately 29.75 million.

However, over the past decade, Ghana has been experiencing a recurring electricity crisis leading to the collapse of many businesses and loss of many jobs. The Institute of Statistical, Social and Economic Research (ISSER) estimates that, the economy of Ghana lost approximately $24 billion dollars to productivity during the peak of the crisis between 2012 and 2015. This situation has developed even though installed generation capacity has more than doubled over the period.

Aside technical, regulatory, structural, and procurement challenges; one of the key constraints to achieving Ghana’s vision of industrialization for economic prosperity, is the energy sector’s poor financial health and mounting legacy debt which impact on the reliability of electricity supply. Year after year, Ghana’s Electricity Supply Plan (ESP) identifies inadequacy in available generation, inadequacy in power evacuation, and inadequacy in fuel supply ― due to funding challenge; as the main factor that adversely impact on reliability of power supply.

Electricity will continue to remain one of the key determinants of socio-economic transformation of any nation, playing a vital role within the residential, commercial, transportation, and industrial sectors of the economy. As a result, adequate and reliable supply of electric power is a pre-requisite. However, within the drive for efficiency and reliability in the value chain are capital-intensive activities demanding vast resources of both funds and capacity.

The Ghanaian power sector (just as in most jurisdictions) has an unbroken interconnected chain of activities from generation, transmission, and distribution of electricity to end-users. Electricity generated by the Volta River Authority (VRA) and the Independent Power Producers (IPPs) flows in one direction from the producers  down the value chain, while the revenues required to pay all the market players flows in the opposite direction. This proceeds is derived from the payments (tariffs or service charges) made by final consumers to the distribution and transmission companies as consideration for the electricity supplied.

At the beginning of the value chain are the suppliers that provide fuel in the form of Light Crude Oil (LCO), Natura Gas, Heavy Fuel Oil (HFO), Distillate Fuel Oil (DFO) etc. to the thermal generation units, for the purpose of electricity production.

Following production, the electricity is contractually sold to bulk customers or distributors which includes the Electricity Company of Ghana (now Power Distribution Company), Northern Electricity Distribution Company (NEDCo), the Mines, and Volta Aluminum Company (VALCO) via Ghana Grid Company (GRIDCo); an independent utility which manages the National Interconnected Transmission System (NITS). GRIDCo is mandated among others to undertake the economic dispatch and transmission from the wholesale suppliers (generating companies) to the bulk customers or distributors, in return for a fee in the form of Transmission Service Charge (TSC) prescribed by the Public Utility Regulatory Commission (PURC). And the power received by the bulk customers is sold to the final consumer through a distribution network, at tariffs set by the PURC.

The tariffs and service charges collected by the power producers, the transmission utility, and distribution companies from the consumers, yields liquidity for the entire value chain ― the capital so much needed to offset costs related with the generation, transmission, and distribution of electricity, and also the fuel supply cost. The effect is that any revenue shortfall from especially the ECG and NEDCO will invariably affect the settlement of invoices submitted; impacting on the profitability of the entire stream, and revenue losses piling up as sector debt.

The ECG recorded a net loss of GH¢1.15 billion in the first six months of 2018, largely due to foreign exchange losses, lower-than-proposed tariffs, and strong growth in system inefficiencies.

Despite collecting its revenues in Cedis, ECG’s payments for power off-take from independent power producers (IPPS) and investments in network infrastructure, are in foreign currencies. This implies that as the gap in the exchange rate between the Cedi and the Dollar widens, there will be a greater increase in the amount in volumes of Cedi that would be required to satisfy the US Dollar obligations in the sector. As such within the first half of 2018, the Cedi lost close to 2.4 percent of its value to the Dollar, and ECG’s distribution losses swelled to 23.9 percent due to system inefficiency. Aside these, ECG’s tariff is set at 42.98 Pesewas (GHp) per kilowatt-hour as against IPP’s charge of 59.00 Pesewas (GHp) per kilowatt-hour. The implication is that, the ECG is losing 16.02 Pesewas (GHp) per every kilowatt-hour of energy it sells to customers; and so would be unable to fully meet its finance obligation to the power producers, GRIDCo, among others.

For just 2017, GRIDCo suffered a loss of GH¢31 million; hampering its operations and maintenance activities. The company’s cash flow remains a constraint due to the high indebtedness of its main customers, ECG and the Volta Aluminum Company (VALCO) to the tune of GH¢8 million at the close of 2017. As at mid-August 2018, ECG and VALCO were required to make payments of GH¢957 and $29 million respectively to GRIDCo. And apart from its high receivables, other liquidity challenges to GRIDCo comes in the form of fluctuation of foreign sales, transmission losses, and debt servicing.

In the reds, the power utilities are unable to undertake the necessary infrastructure maintenance and upgrades to improve on the efficiency, security and the reliability of power generation, transmission, and distribution. The illiquidity further impact on the ability of the utilities to service their debt obligations.

For power producers, high unit outage rates and longer planned maintenance periods due mostly to the unavailability of critical spares for reason of finance, results in lower power plant availability rate than expected.  And if a producer is unable to secure the required funding to purchase the required quantity of fuel or if for any reason the delivery of fuel is delayed, there could be supply deficit and some load may have to be shed.

In 2017 and 2018 for instance, when there was generally low availability of LCO, HFO, DFO, and Diesel in the Tema Thermal Complex (Eastern enclave) for power production, the CENIT Plant was forced to suspend operations in March 2017. Also there were some brief incidences of load shedding between 20th February and 3rd March 2017 when Tullow Ghana Limited and Ghana National Gas Company carried out planned maintenance works between January and March 2017 that led to the curtailment of gas supply to the Aboadze/Western Enclave. And in 2018, the AKSA and Karpower Barge were also grounded for a while due to unavailability of funds to purchase HFO for the plants. The consequence was brief outages of power across the country in November 2018 when natural gas supply from Nigeria and Ghana Gas to designated plants were interrupted due to technical challenges. This unfortunate situation is always exacerbated by the absence of HFO, Diesel, LCO, and DFO stock, for a sector which is overly reliant on natural gas for running thermal power plants which are largely dual-fuel-fired in nature.

Inadequacy in transmission line capacity could lead to line overloads mostly during the peak period. Also, an insufficient reactive power compensation could lead to poor customer supply voltage and high transmission line losses. These losses often leads to low and reduced power to the final consumer, and consequently amounts to increased operational costs contributed by the huge penalties in the tunes of millions of Cedis, which is paid to generators by GRIDCo. Again, lack of funds to address inadequacy in equipment capacity, upgrade old and obsolete distribution cables, improve on inadequate technologies and management systems; may result in unwarranted technical and commercial losses to distribution utilities.

The Institute for Energy Security (IES) is a not-for-profit organization which focus on the nexus between energy demand and energy supply. It sets the platform for research and publication, debates, discussions, conferences, consultancy, policy advocacy, training, and as a conduit to reinforce the global energy system. The think-tank explore these and other related avenues to provide insight into the role of technology, policy, economics, politics, and regulations in the performance and security of energy supply. 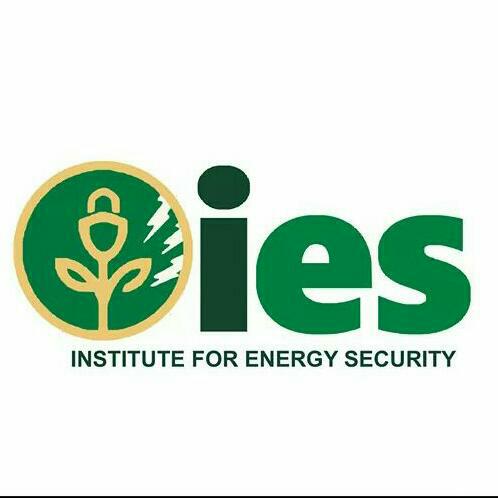 Independently, and in collaboration with governments, industry, academia, consumers, energy professionals and experts, donors, and the business community; the Institute for Energy Security provides data-driven analysis of issues that influence both local and global energy market. Economic modelling and forecasting, market intelligence, situational and trend analysis, and the continued focus on emerging technology, regulations, and policies reinforce the institute as a vital resource for consumers, governments, academia, professionals, experts, donors, businesses, advocacy groups, and the energy industry as a whole. 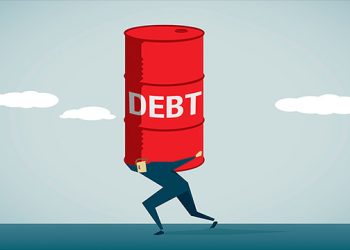