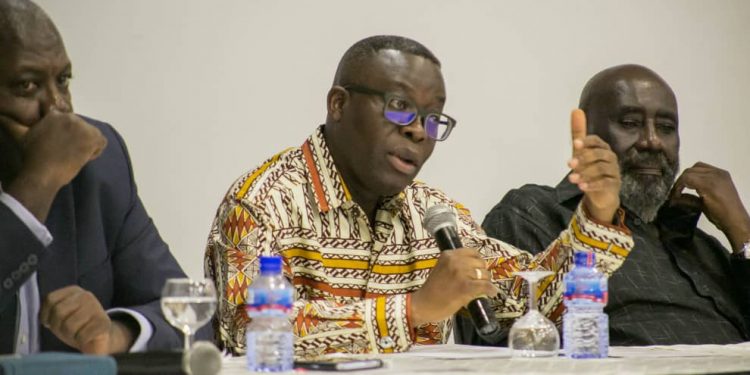 A new Energy Sector Reform Document to be approved by cabinet will allow for the punishing of officials who sign bad contracts in the energy sector.

This, according to the Energy Sector Reform Committee, will help reduce debts in that sector.

Also in the document are recommendations to ensure that the energy sector debt is paid completely within a period of five years.

The Energy sector debt which hit about $2.4billion has been one of the government’s major challenges as it trickled down to expose other sectors including the banking sector where over $800 million was owned local banks.

Although government and successive governments have defrayed part of the debt, some millions of cedis are still locked up in that sector.

Some of the debt were from the AMERI and KARPOWER deals which run into millions of dollars.

In November 2017, the Energy Sector Levy Act (ESLA) raised about 4.7 billion cedis out of a planned 6 billion cedis to settle part of the debt.

““All we are saying is that the rules and regulations that guide the signing of such agreements should be looked at vis-à-vis the agreement that has been signed and if anyone has flouted a rule then the laws of the nation have to be applied. That’s all we are saying. We keep it nice and simple then the details will be implemented of course by the law court and any other committees that are put together to come up with specific recommendations as to what penalties to be meted out,” the Head of Delivery Unit at the office of the Vice President, and a member on the Energy Sector Reform Committee Professor Kwaku Appiah-Adu told Citi Business News.

Also in the draft document is a proposal for the charging of realistic tariff which will ensure that enough funds are raised in the sector to pay for operations.

Currently, all contracts in the energy sector are being reviewed.

Majority of Rural Banks in stable conditions, only a few in distress—ARB Apex Bank