Regulating rent advance in Ghana: Ministry commits to law to limit to 6 months 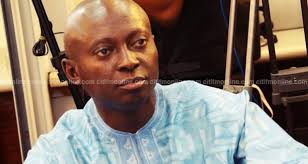 The Minister for Works and Housing, Samuel Atta Akyea has assured that plans are still in place to pass a legislation to force landlords to comply with the accurate rent advance fees to be charged in the country.

He explains that the lack of housing units forms a major problem to the issue.

Per the current laws governing rent, ACT 1963, tenants are to pay between one to six months advance in rent.

But this is hardly regulated thus making it one of Ghana’s fundamental housing problems.

In Ghana, majority of landlords take above a year’s rent advance, a situation that has been criticized by the citizenry.

But in an interview with Citi Business News, Lawyer Atta Akyea said the issue will be solved soon.

“Even if you make it into law that everybody should not pay rent advance beyond three months, and the houses are not there, the shortage will bring about the rent advance demands.

The comments by the Minister come at a time where Ghana’s housing deficit is estimated to have hit two million units.

This has prompted initiatives by the government to bridge the gap.

These include efforts to encourage private sector financing in the mortgage industry and also put into use, some idle affordable housing units constructed by successive governments.