Two former Chief Executive Officers of the Minerals Commission have warned that successive governments will continue to lose revenue from the mining sector if the appointment of directors to boards of mining companies continues to be politicized.

The Vice President, Dr. Mahamudu Bawumia in May last year strongly indicated that government will not accept the instances where mining companies declare no profit yet engage in active production to avoid paying dividend to government.

An investigation by iWatch Africa, some months after Dr. Bawumia’s statement indicates that the failure of some six mining companies to pay dividends to the government of Ghana, led to the loss of a potential revenue of about $14.2 million as at October 2018.

While describing the amounts lost as unfortunate the President of the Africa Institute of Extractives Industry and the former CEO of the Ghana Minerals Commission, Dr. Toni Aubynn urged government to hold mining companies accountable at the board level by appointing competent government representatives

“We need to move away from politicizing everything. If we want to appoint a political person unto a board such persons must be good enough to be there. The question is not just having board representatives, it’s about having vigilant board representatives who will work in the interest of the country.”

On his part another former CEO of the Ghana Minerals Commission and advisor to on mining to the Minister of Lands and Natural resources, Benjamin Nii Ayi Aryee stated that without active monitoring by experienced government representatives investors and mining companies will find ways of ensuring that they earn more. 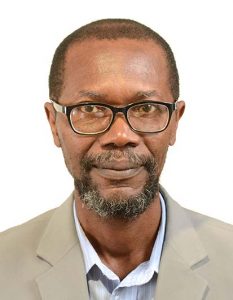 The Conference will take place at Swiss Spirit Hotel & Suites Alisa in Accra, Ghana and will cover the topics of Mining, Finance, Construction Materials, Mining Investment and Quarrying and more.

The Mining Investment Africa Conference and Exhibition which is organized annually, is expected to bring 1000 industry and academia leaders and professionals across the world together in Accra, Ghana.

Huawei: US blacklist will harm billions of consumers