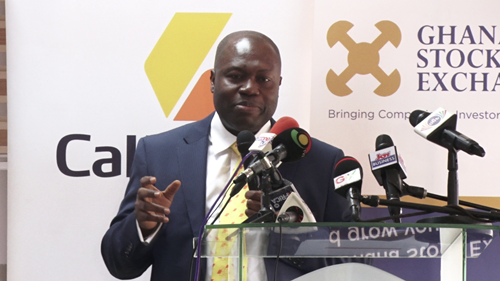 The Executive Director of CAL Bank, Philip Owiredu has stated that the implementation of new rules by the Bank of Ghana(BoG) will help banks, especially local banks to grow.

He maintained that the implementation of the Basel II and III regulations are a step in the right direction that will enhance corporate governance as well as protect the financial sector.

One of the major regulations introduced by the Bank of Ghana is the increase of the capital adequacy ratio to 13 percent from 10 percent.

According to Mr. Owiredu, the increase has caused CAL bank’s capital adequacy ratio to drop to 15 percent from about 21 percent.

He explained that the figure is still above the BoG’s threshold which is at 13 percent.

“It is important to know that you must have a good balance so that you do not have so much capital sitting down. Otherwise, shareholders will also come after you,” he said.

According to him, it is imperative to balance the assets of the banks with its liabilities perfectly to provide an opportunity for the bank to create more assets through investments.

Mr. Owiredu was speaking at the premises of the Ghana Stock Exchange when the bank appeared to present the “Facts Behind the Figures”

Capital adequacy ratio measures a bank’s performance between its liabilities and assets.

With the implementation of the Basel II and III by the Bank of Ghana, banks are required to keep their capital adequacy ratio at 13 percent from the previous 10 percent.

The move is expected to reduce high risks that were common before the central bank embarked on the banking sector reforms in 2017.

Currently, CAL bank is operational in only four regions out of the sixteen regions in Ghana, even though the bank has 29 branches.

Mr. Owiredu stated that the bank will start with agency banking to bridge the gap.

On her part, the Head of Investor Relations at CAL Bank, Dzifa Amegashie explained that the new laws and regulations introduced by the Bank of Ghana is beginning to shape lending in the banking sector.