byBobbie Osei
in Economy, Invest In Ghana, Oil And Gas

Stakeholders in the oil and gas sector have expressed their disappointment in the low number bids submitted for the 3 oil blocks put up for competitive bidding by the Government.

Speaking to Citi Business News on the sidelines of a workshop on transparency and accountability in the Oil and Gas sector, the Executive Director of the Africa Center for Energy Policy (ACEP), Ben Boakye said even though the number of bids submitted is disappointing, the Energy Ministry must ensure that only the best companies get the awarded the blocks.

“I think the bidding rounds went according to the set standards and the processes that were set in motion. The disappointing part is that you had about 14 companies being prequalified to submit bids and only three bids were submitted. No one is happy when you have the big players pulling out in such a competitive bidding process, it’s not a good signal.”

On his part the Executive Director of the Kumasi Institute of Technology and Environment (KITE) Ishmael Edjekumhene, added even though the new regime of competitive bidding is the best way to award oil blocks, the decision of leading oil companies like ExxonMobile and BP to withdraw from the bidding process, leaves a lot to be desired.

“I’ve always said that I’m happy to have those big players around the table. They send a lot of signals. If ExxonMobil and the BP’s are in your jurisdiction you can’t take that for granted. It means you have arrived as a petroleum producing country. I, however, maintain that this bidding rounds method is one of the most transparent ways you can ever award oil blocks compared to what used to exist.”

The government, through the Energy Ministry, earmarked six oil blocks for exploration.

Three of the blocks; 2, 3 and 4-were to go through a competitive bidding process while two blocks-5 and 6-were supposed to be for direct negotiations.

One of the blocks was reserved for Ghana National Petroleum Corporation (GNPC).

The deadline for the submission of bids for the blocks elapsed at 3pm yesterday, May 21, 2019.

However, at about 15:15 GMT Tuesday, when the bids were opened in the presence of pressmen and representatives of some of the companies which were pre-qualified, ExxonMobil and British Petroleum were missing from the race.

Chief Director at the Ministry of Energy Lawrence Apaalse, told the press that the Ministry received information from the two companies, requesting direct negotiations for blocks 5 and 6 that they were no longer interested in the blocks.

Meanwhile, ENI and Vitol, as well as Tullow Ghana Limited, submitted bids for block 3 with First E&P submitting a bid for block 2.

However, there was no bid for block 4Interestingly, the ministry received about sixteen applications for direct negotiations. 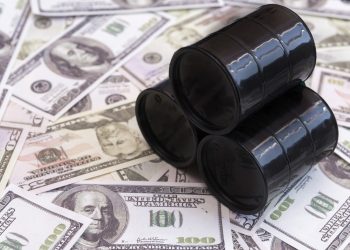 The Ghana Chamber of Bulk Oil Distributors (CBOD), has called on other players in the foreign exchange supply market to...