The Former Governor of the Central Bank of Nigeria, Charles Soludo, is warning that sub-Saharan African countries that got huge debt forgiveness under the High Indebted Poor Countries could find themselves buried under debt once more if borrowing appetite is not curtailed.

More than 30 countries in sub-Saharan Africa were beneficiaries of the World Bank and IMF HIPC initiative which had all or partial external debt written off to provide room for the government to spend on social infrastructure.

Ghana signed on to the HIPC initiative in the early 2000s during the administration of former President John Kufuor.

But speaking in Accra on the sidelines of an economic forum held in the honour of the former Vice President, Kwesi Amissah Arthur, the former Nigerian central banker said the rate of debt accumulation now is worrying.

“It is unfortunate we went out of the HIPC debt relief etc and we are going right back there. We have no more memory of how we even got in the first stance. We are borrowing as if there will no tomorrow. It is tragic,” the former Governor stated.

According to him, the various governments’ propensity to borrow is encouraged by a “terrible incentive system” which encourages debt rather than discourage debt accumulation in the periods following the debt forgiveness.

This is where the interface of politics come in. The quality of governance that you have. We finish on this [HIPC], successive policymakers now show up and they are calculating for them debt sustainability after the first debt relief… and so politicians now move up steadily to borrow more because they have ‘debt sustainability’.

The Overseas Development Institute last year published that public external debt in sub-Saharan Africa is on the rise, with 18 countries at high risk of debt distress – a number that has more than doubled since 2013 – and eight countries already in distress.

More worrying is the fact that the composition of public external debt has changed dramatically over recent years, with declining concessional borrowing and increased borrowing from non-traditional official and capital markets like the Eurobonds etc.

The ODI argued that given the change in the debt composition, past debt relief mechanisms will not be the solution for dealing with debt problems.

Prof. Soludo advised in quenching the strong appetite for borrowing, sub-Saharan African countries must have institutions or legislations that seek to encourage the exploration of other revenue means for development.

In the absence of that, “politicians with the next election to win will always the incentive to borrow always attractive,” he noted.

Prof. Soludo was the keynote speaker at the forum which was on the theme: “Making sense of economics”. It was attended by former President John Dramani Mahama as well as other past and current government officials. 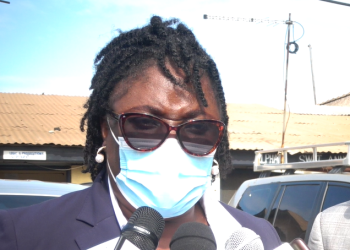