The state has charged William Ato Essien, founder of defunct Capital Bank, together with three others with 26 offenses leading to the collapse of Capital Bank in 2017.

The charge sheet presented to an Accra High Court also included three others: Fitzgerald Odonkor, Tetteh Nettey and Kate Quartey-Papafio who played various roles at the Bank during its operational period.

The charges leveled against the four include multiple counts of conspiracy to steal, abetment of crime, stealing, and money laundering. 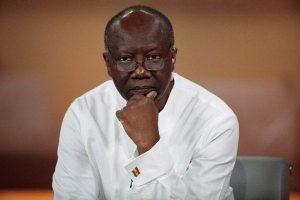 The Finance Minister Ken Ofori-Atta says government is not looking at employing more public sector workers, as enough resources are...