Consumers angry as cost of internet shoots up after NCA directive

Customers of mobile telecommunication companies are beginning to feel the pain of the increase in the cost of the internet packages after the implementation of a host of directives from the regulator, the National Communications Authority (NCA).

The telcos in response asked that they will reconfigure their billing systems and halt the upfront charge of the CST by November 26.

Having done that, the telcos proceeded to add the nine percent CST into their price build-up leading to an increase in voice as well as data services.

Apart from AirtelTigo, all the other mobile network operators had different internet packages that had expiry dates.

However, following the implementation of a no expiry of data, consumers are beginning to realize that their regular data “bundles” are now costing more although they have no expiry.

The increase in the cost of the internet packages saw scores of consumers take to Twitter to register their protests over what some described as exorbitant prices.

The hashtag #SaveOurData has been trending with more than 10,000 tweets sent out by consumers who are largely calling on the mobile network operators to reconsider the cost of their data or possibly revert to the old pricing model.

Below are some of the tweets.

#SaveOurData is trending and I assure it will not end here on Twitter. We are walking to the Communications Ministry and all the Telcos soon.

We are not angry enough

I think we must sign a petition towards this #SaveOurData project. These telcos are killing us paa for real and we must find solutions to that once and for all.

So @NAkufoAddo cant you do something about this issue!! Some of us voted for you because we felt you can see to stuffs like this!! I don’t know how you going to convince someone like me vote for you!! Nana sit up #SaveOurData

I 100% support this anyday, anytime, anywhere. We should do something to show them that we ain’t happy about what is going on. Nigerians stood against this and now they enjoy best service from these telecos. #SaveOurData

However, the increment announced in the 2019 mid-year budget saw telcos shifting the entire burden of the tax to the consumer.

According to Mrs. Owusu-Ekuful, all efforts to get the telcos to revert to the situation before the increment failed as telcos “exact their pound of flesh from their consumers.”

The Minister’s letter dated October 9, 2019, came after the Chairman of the Finance Committee of Parliament accused the telcos of implementing the CST in a manner that seeks to make government unpopular. 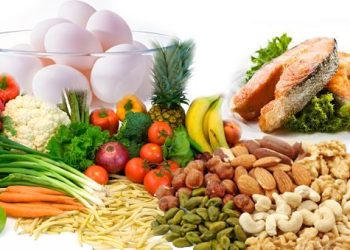 Two leading actors in Ghana’s fruit and vegetable sector have joined forces to increase the production and supply of quality...