How major tech companies exploit tax laws: a focus on Ghana and Nigeria 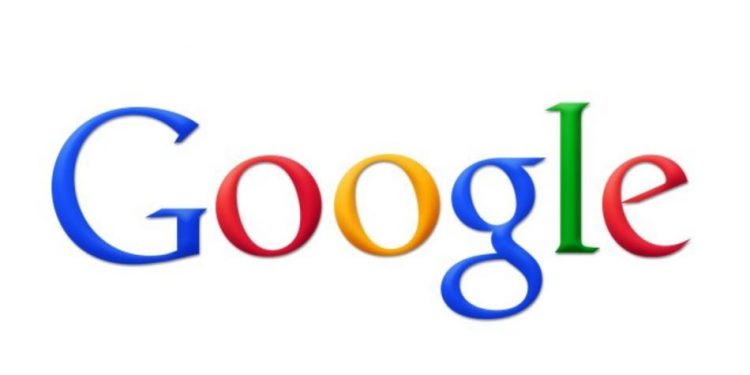 76
SHARES
1.5k
VIEWS
Share on FacebookShare on TwitterShare on Whatsapp

When World Trade Organisation (WTO) officials designed the territorial taxing rights back in the 1920s, not many people imagined that a century later; these guidelines would still underpin the international tax system.

Today, highly digitalised companies such as Facebook and Google are able to operate internationally from their tax havens, making billions while paying very little in the form of taxes.

In 2018, Alphabet (Google’s parent company) made over US$40bn total revenue in Africa, Europe and Middle East region (EMEA), but while the European Union (EU) is pushing ahead with policies to increase taxes from the growing slice of the digitalised economy, the African Union (AU) has trailed.

Mustapha Ndajiwo, Executive Director of the African Center for Tax and Governance has proposed some viable options available to African countries in addressing this challenge.

He argues that African governments can make domestic laws to deal with digital tax and or work closely with the Organization for Economic Cooperation and Development (OECD) to seek an international consensus on digital taxation.

To stave off unilateral action by countries who want to introduce domestic legislation, Dave Wehner, Facebook’s chief financial officer in a blog post 2017 promised that Facebook’s, “advertising revenue supported by local teams will no longer be recorded” by their international headquarters in Ireland, but will instead be “recorded by the local company in that country,” by the first half of 2019.

The statement was misleading; however, as it relied on exploiting the major flaw in the territorial taxing rights mechanism, which argues that a company is taxable on its business profits only if it has a physical footprint in a resident jurisdiction.

Facebook has over 130 million users in Africa, with Nigeria and Ghana alone accounting for over 22 million active users. By virtue of its highly digitalised business model, shortcomings in the current transfer pricing rules and outdated WTO territorial tax mechanism, the company will probably not pay any taxes in Nigeria and Ghana, as has been the case in the past.

A Facebook company spokesperson in an email said that, “Facebook pays all taxes required by law in the countries in which we operate (where we have offices), and we will continue to comply with our obligations.”

Facebook has no office in Ghana and Nigeria and does not provide country by country report of its revenue from Africa. For residents of Ghana and Nigeria who purchase Facebook advertisements online, the revenue is billed in Ireland, which has been described by the EU parliament as a tax haven.

Google, has also over the years been accused of developing a very sophisticated approach in the use of tax havens to avoid payments of taxes and profit shifting. (A Google spokesman in Nigeria declined to comment for this story.)

According to documents filed at the Dutch Chamber of Commerce in December 2018, Google moved $22.7bn through a Dutch shell company to Bermuda in 2017. The amount channeled through Google Netherlands Holdings BV was about $4bn more than in 2016, the documents showed.

The subsidiary in the Netherlands is used to shift revenue from royalties earned outside the US to Google Ireland Holdings, an affiliate based in Bermuda, where companies pay no income tax.

Executive Secretary of the international organization, African Tax Administration Forum (ATAF), Mr. Logan WORT, who was interviewed at the sidelines of the recent Pan-African Conference on IFFs and Taxation in Nairobi explained that the practice where digital companies, “strip out their profit before they then declare their profit- and then pay a vastly reduced tax” is a “huge disadvantage” to brick and mortar companies who must comply with local tax laws. ATAF provides a platform for cooperation among African tax authorities.

A review of the current taxation laws in Ghana and Nigeria also showed that media and advertising companies are mandated to pay a corporate tax rate of 22 percent and 30 percent respectively. These costs are not incurred by Google and Facebook although they earn quite significant portion of their returns from the Africa region.

So far in 2019, Facebook has made over $4 billion in advertising revenues from what it labels “rest of the world,” which includes Africa, Latin America and the Middle East. Apart from South Africa where Facebook is expected to pay corporate taxes because of its physical presence, the remaining 53 countries on the continent will unlikely receive any direct payments in the form of taxes. (Source: Facebook Shareholder’s report, 2019)

In response, the Nigerian Government has introduced a Finance Bill to capture the demands of the digitalised economy in response to tax laws not being comprehensive enough to cover it.

The government is essentially broadening the law to provide support for either joining the OECD’s Framework or developing a country-specific framework for taxing these services. In this bill the finance minister is empowered to among others, define what constitutes ‘significant economic presence’. This was not previously possible.

If Nigeria moves ahead to enact the domestic laws, it would join countries like Turkey, France, Czech Republic and Italy who have all proposed to varying degrees of success different percentages of a ‘Digital Services Tax’ on the revenues of multinational tech companies such as Google, Facebook etc.

Meanwhile in Ghana, there has been very little discussion among policy makers about digital taxation. A top government official at the Ministry of Finance who was not authorized to speak publicly stated that, “from the taxation policy point of view, the government has not paid a lot of attention to digital taxation.”

He, however, insisted that “digital taxation is a key focus in the medium to long term tax strategy” with a broad digital tax policy expected to be announced in 2020.

Naro Omo-Osagie, a digital tax lawyer at A&E Law partnership Abuja, has however suggested that digital taxation policies should sometimes reflect tax as perhaps “beyond money?”

She argues that tax could be, “in terms of impact of investing, contributing to digital growth in Nigeria’s developer communities and how these companies can contribute to growth where it is needed in Nigeria. These contributions should not be ignored in the taxation conversation.”

International effort to dealing with digital tax and profit shifting

In parallel with the unilateral effort by various governments to address the tax challenges as the global economy becomes highly digitalized, the OECD has also sought to develop an international agreement on digital taxation as well as prevent profit shifting to low or no-tax jurisdictions by tech companies.

In October 2019, the OECD released an 18-page framework plan titled ‘Unified Approach’ which sets out the parameters for any future global consensus.

ATAF, which was established by African revenue authorities in a statement supports the ‘Unified Approach’ and its objective of “revising the allocation of taxing rights between residence and source jurisdictions.”

ATAF has also expressed their strong support for the revision of transfer pricing rules in the proposed framework.  “African tax administrations often report that the complexities in the application of the arm’s length principle make it extremely challenging to stop artificial profit shifting by abusive transfer pricing practices.

Simpler rules should enable African tax administrations to protect the tax base from artificial profit shifting and provide greater tax certainty for both governments and taxpayers,” the statement read.

For digital tax expert and former boss of Integrated Social Development Centre (ISODEC) Ghana, Bishop Akolgo, African governments with the backing of the AU must be “prepared to enact their own legislation just like the French government” should discussions at the OECD fail to address their concerns.

However, the Secretary-General of the OECD, Mr. Ángel Gurría, cautioned last October that, “Failure to reach an agreement by 2020 would greatly increase the risk that countries will act unilaterally, with negative consequences on an already fragile global economy.”  “We must not allow that to happen,” he added.

This story was produced by iWatch Africa in collaboration with TheNerveAfrica. It was written as part of Wealth of Nations, a media skills development programme run by the Thomson Reuters Foundation. More information at www.wealth-of-nations.org. The content is the sole responsibility of the author and the publisher.