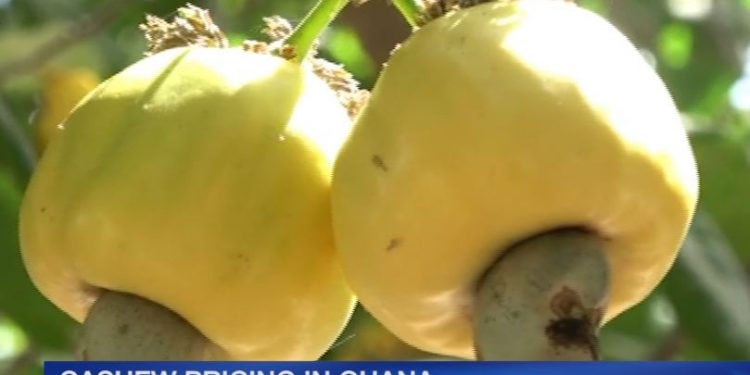 The delay in regulating the pricing of cashew, one of Ghana’s major non-traditional export crops, is beginning to create tensions between cashew farmers and buyers.

In the Jaman North District of the Bono Region, which produces the chunk of the country’s cashew, farmers are on a collision course with buyers over the pricing of the product with the commencement of the new purchasing season.

Cashew is currently Ghana’s leading non-traditional export. According to the Ghana Export Promotions Authority (GEPA), cashew fetched the country US$981 million in 2018.

The buying season for cashew starts in January every year. This year’s season has opened, but there is growing tension between Cashew farmers and buyers in the Jaman North District of the Bono Region, which is the hub of Cashew cultivation in the country, with over 20,000 farmers.

The Jaman North District alone produces about 60 percent of the country’s Cashew.

The farmers, this year, have pegged their price at 8 cedis per 1 Kilogram of Cashew, but the buyers say they cannot buy at that price. This has resulted in a tussle between the two interested parties. 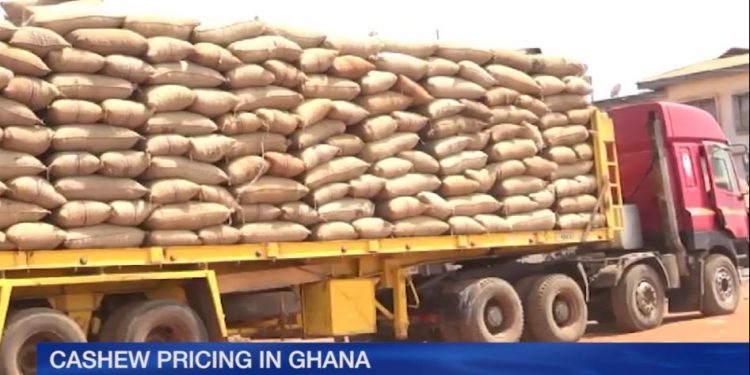 The Jaman North Cashew Farmers Association has warned its members not to sell below the fixed price or else they would be sanctioned.

Last year, the price of cashew was not stable, as it fluctuated to the point of selling at GHS.2.00 per kilogram. 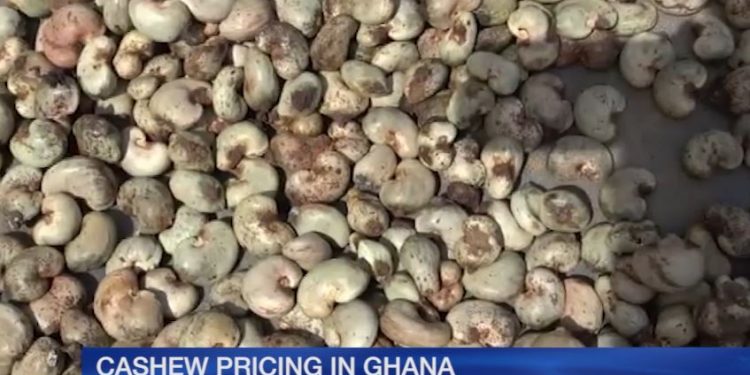 The General Secretary of the Jaman North Cashew Farmers Association, Clement Anane, explains to Citi Business why they have pegged their price at 8 cedis this year.

Mr. Anane said cost of production has generally gone up.

“The chemicals we use to spray, the cost of labour and other implements have risen up in terms of cost. To avoid what happened last year where the price dropped to about GHS3:00 or GHS2.00 per kilogram of raw cashew, we want to ask all our farmers to maintain that price”.

The General Secretary of the Cashew Buyers and Exporters Association of Ghana, Alhaji Justice Mahama Ansomah, also explained why they’re opposed to the new price.

Alhaji Justice Mahama Ansomah however wants the farmers and the buyers to engage to reach a consensus for their mutual benefit.

The government in August 2018 announced that the government is to set up a joint Tree and Industrial Crop Development Authority (TICDA) to regulate the buying and marketing of cash crops such as cashew, rubber, oil palm, shea nut, and others, aside cocoa.

The Authority would be private sector-led, with no government interference, as the board members and its chairperson would be nominated by industry players. It appears that until the Authority becomes a reality, there would be such disagreements among players in this sector.