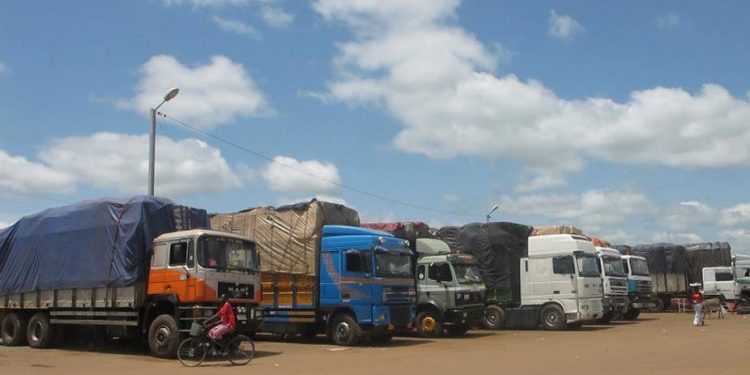 Truck loads of goods have been left stranded at the border due to the closure.

Ghana’s Minister for Trade and Industry, Alan Kyerematen, says Nigeria’s continuous border closure with Benin that has affected Ghana and other countries, may not have any impact on the implementation of the African Continental Free Trade Area.

There are concerns that the closure of the critical border to Africa’s largest economy will thwart the objective of the AfCFTA, which is expected to begin in July this year.

But Mr. Kyerematen told Citi Business News there are provisions inherent the agreement that will not allow individual countries to create trade barriers.

His position thus suggests that the Nigerian situation may not exist after all by the time the agreement takes off or that even if it does, the AfCFTA provisions will force them to retreat.

“Under the AfCFTA, we are working towards what currently exists under let’s say the ECOWAS trade protocol under which I would say we can consider the closure of the border. Under the AfCFTA, there are specific provisions that would help us deal with trade barriers which I believe the closure of the border can be considered as a trade barrier” he explained.

He says there’s also a provision for dispute settlement that will handle such matters.

“Secondly also, we have negotiated under the AfCFTA a protocol on dispute settlement. So unlike what exists in the current ECOWAS protocol, any country that feels aggrieved, by an act or mission of another country that is part of the AfCFTA, can file an action against that particular country or trading group under the protocol on dispute settlement. And we are required by the law to resolve that matter. So it is not going to be business as usual as it currently it is” he explained further.

The AfCFTA is expected to boost the combined consumer and business spending and increase intra-African trade by at least 53.2%.

Nigeria closed its borders to Benin last year to curb smuggling of cheap goods and weapons.

Their action has adversely affected neighboring countries including Ghana.

Various business associations including the Ghana Union of Traders Association (GUTA) have voiced out the major impact the closure has had on trading activities and called on government to aid in opening the border through various talks with the Nigerian government.

Their calls have however been ignored.

In order to fast-track trade within the African continent, and ensure that Ghana derives maximum benefit from the African Continental Free Trade Area, ACFTA, the Trade and Industry Ministry, has constituted technical working groups to work on a seven cluster initiative.

The Minister, Alan Kyerematen, who inaugurated the groups, says the move is to ensure that Ghana derives maximum benefit from the agreement.