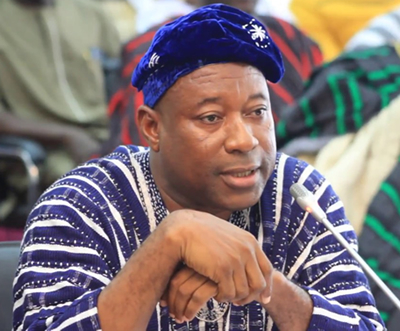 Some deplorable roads leading to some of the country’s major hospitality and tourism facilities are to be constructed this year according a Deputy Minister of Tourism, Dr. Ziblim Barri Iddi.

“We had very bad roads leading to our major tourist attractions, so the directive by the President in 2018 was that the Roads Minister works very closely with the Tourism Minister to do what we call tourism roads. We are starting with the Kakum roads, and that road has been awarded on contract and my understanding is that it will be done by close of this year” he assured.

Despite its significant contribution to the country’s GDP, the tourism sector is faced with a lot of challenges, one being the poor road network that connects people to hospitality and tourism facilities.

Deputy Minister of Tourism, Dr. Ziblim Barri Iddi, told Citi Business News some road contracts have been awarded, and that plans are far advanced for work to start this year.

“…But that [Kakum] is not the only terrible road we have. We have so many of them, and the President has instructed the Roads Minister to work closely with the Tourism Minister to identify these roads and develop them so there will be easy access. We are working on them, and I believe by close of this year, if we start disbursing the World Bank facility, you will see evidence of the work that we have done” he added.

Dr. Ziblim Barri Iddi spoke to Citi Business News at the launch of the Africa Digitization Conference on tourism and trade organised by the Chamber for Tourism.

Chief Executive Officer of the Chamber for Tourism, Odelia Ntiamoah, stressed that Ghana must be able to leverage on trade and tourism through digitization, especially with the coming into force of the Africam Continental Free Trade Area, AfCFTA.

The conference comes off between 24th and 26th August, with about 2,000 participants expected to attend.

Prof. Mensah expectant of another increase of the MPR as inflation still soars