Demolished companies had enough time; we did no wrong – Trade Fair Company 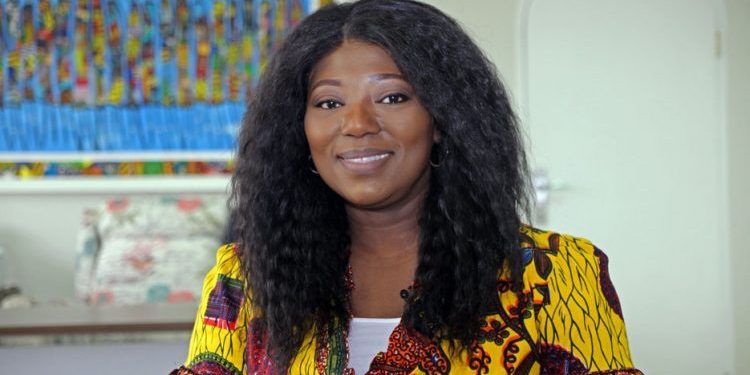 Management of the Ghana Trade Fair Company says occupants affected by Monday’s demolition exercise on its site in Accra, were given ample notice to leave the premises after they started engaging them in 2017.

About eight structures owned by different companies were pulled down on Monday dawn, after an injunction that was placed on the exercise was lifted by an Accra High Court on Wednesday, February 12.

The affected companies say they weren’t given enough time, whereas some have suggested political witch-hunt.

But the Ghana Trade Fair Company in a statement said has been engaging key stakeholders to redevelop the site since 2017, and that a Master plan was approved by the Board and Cabinet, and a horizontal developer secured with PPA approval on 28th June 2019 to provide the critical infrastructure needed for the lease of the site to private developers, to develop the various facilities earmarked in the Master plan to support the Ghana Trade Fair Company’s Convention and Exhibition Facilities.

“What has been in the way of the redevelopment are a number of structures on site occupied by a number of businesses, whose agreements had long expired. The GTFCL had informed all the tenants about the redevelopment project and gave them the mandatory 6-month notice on July 10 2018 to vacate the site by 31st December of the same year.”

It added that “Prior to this, on September 24, 2017, the Company sent notices to all tenants to renew their tenancy agreements for another year. Reminders followed on November 1st 2017 to renew by November 10, 2017 for the last time before the redevelopment was to start in 2019.

Since 31st December 2018, therefore, none of the business on site had any valid tenancy agreement with the GTFCL.”

It said when it commenced demolition of some redundant facilities in the first quarter of 2019; some of the businesses took the Company to court and further secured an injunction to restrain the Company from evicting them from the site.

“On Wednesday 12th February 2020 His Lordship Emmanuel Amo Yartey of the High Court of Justice, Land Court 7, vacated the injunction order “for the Government to go ahead with the face-lift of the Ghana Trade Fair site for the betterment of the nation as well as Plaintiffs…” Following the vacation of the injunction order demolition of some structures took place on the night of Sunday the 16th of February 2020.”

According to the company, contrary to what is being speculated, it was never served any notice of any further injunction granted by any Court, adding that had they been served, they would surely have respected it as they did previously.

“It is worthy of note that the previous agreements had clauses that clearly prohibited tenants from developing permanent structures on the site. It further informed them of the impending developments and the Master plan developed for that purpose. They were warned that the implementation of the Master Plan would involve demolishing of some structures. They were advised to be mindful of the level of funds they invest in structures and to use materials that can easily be dismantled.”

“In our view, the company took all necessary steps to inform the businesses about the redevelopment Project and tried to protect them and their investments. Finally, the GTFCL wants to make it categorically clear that, contrary to what is being speculated in the media, no business or businesses have ever been targeted for demolition because of their political or other affiliations” the statement said.

The Ghana Trade Fair Company is redeveloping the Ghana International Trade Fair Centre into an ultra-modern, first class, mixed use facility with a focus on trade facilitation and business promotion.

The company envisions a lively community at the Trade Fair Centre for both residents and visitors and is working to improve the visible and infrastructural components to transform this site into an active 24-hour destination.

With uses that will enliven the site around the clock, the area promises to become a major draw for the greater Accra region day and night.
The re-developed site will cover an area of about 150 acres and will offer a variety of services and facilities built around an ultra-modern modern Convention Centre.

Designed to be the largest of its kind in Africa, the 60,000 square metre Convention Centre and Exhibition Halls anchors one end of a North-South axis running down the middle of the Trade Fair, and will be a major hub of activity – exhibitions, concerts and trade shows. The defining feature of this convention centre is its 25,000-seat facility.

The project, which is expected to be completed by 2022, is the joint effort of the Ghana Trade Fair Company and interested investors, developers and financiers.

The redeveloped facility will not only be physically attractive, but also commercially viable, capable of sustaining itself and further generating significant economic and commercial benefits to its shareholder through dividend payments, job creation etc.

It will also support Ghana’s emergence as a regional and global trade leader through organization of world class fairs and exhibitions. It will also be the prime institution for business trade facilitation in Ghana and will promote business exposure by creating match – making opportunities for Ghanaian businesses and their counterparts abroad.

It will provide the conference facilities in Accra for high level events relating to Ghana’s hosting of the Secretariat of the Africa Continental Free Trade Area (AcFTA). It will be the first ever facility in Ghana to provide such services to the AcFTA.

The Project is located in a prime area of Accra which already houses first class facilities including the La Palm Royal and Labadi Hotels patronized by foreign businessmen and dignitaries.