Food prices have reduced; but we must stabilize it – Esoko confirms President’s claims 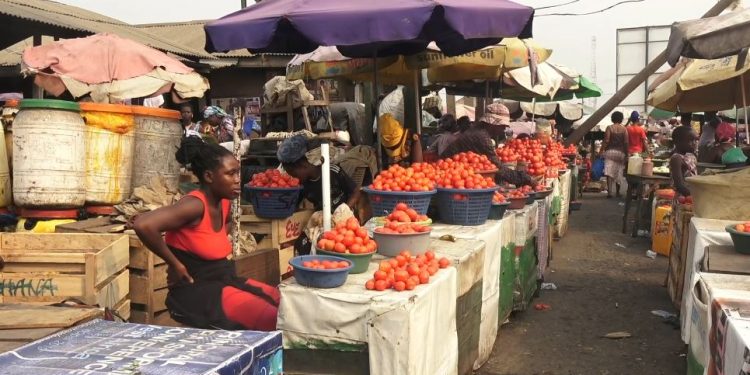 Esoko Ghana, a provider of digital solutions and services for agriculture and data collection, has charged government to do more to stabilize the prices of food and other commodities on the market by boosting production.

The comment follows President Akufo-Addo’s remark that the Planting for Food and Jobs policy has helped to reduce the prices of food items drastically.

While Esoko admits that there has been a reduction in food prices, it wants the government to do more to keep prices lower all-year round.

“Comparatively, I’ll say that what the President said there has been some price reduction in commodity prices since the implementation of the planting for food and jobs. It is because most often production has increased so, when the harvest season is on, commodity prices are fairly very low” said Content Manager of Esoko Ghana, Francis Danso Adjei.

Citing some major problems faced by the agric sector during various food seasons, he called on the President to ensure that farmers don’t run at huge losses as that affects their sales.

“Moving forward, he should look at the post production of the chain that has to do with how we handle whatever we get at the end of the season; so that we will try and stabilize the prices and have enough volume to supply throughout the year, and not to have lower volume at certain times which will trigger price increases or have too much at certain times to lower the prices which will be a disincentive for producers to produce. So we need to try and make sure to reach a point where throughout the year, prices will be fairly stable and not fluctuate” he added.

President Akufo-Addo, during his 4th state of the nation address, where he said food prices had reduced drastically, also told Parliament the country no longer imports maize, and is also working to reduce dependence on rice imports.

The Planting for food and jobs

The Planting for Food and Jobs policy, which has been in existence for about three years, is to boost local production and reduce the importation of foodstuff.

The ultimate aim is also to help reduce the impact of imports on the cedi’s performance as it will reduce the high requirement for dollars for such purposes.

Under the Planting for food and jobs, every district or local authority is expected to select a crop that it has a comparative advantage in, where the government will support the cultivation of such crops with fertilizer, improved seeds as well as other improved technology.

Even though crops such as Maize, Rice, Soybeans, Sorghum and Vegetables including tomato, onion, and chili pepper are all cultivated under the policy, the cultivation of maize has been relatively dominant across the country.

As a result, in 2017, there was no importation of the grain as local producers recorded higher output, and have since been exporting some to neighbouring countries.