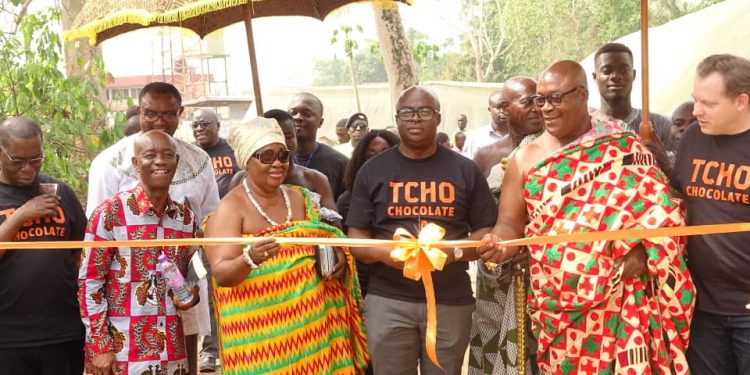 Sod cutting ceremony for the construction of the Sensory Evaluation and Bean Quality Laboratory as well as a Quality Training Centre.

Ghana will soon become a major producer of fine flavour cocoa beans according to Cocobod and management of the Cocoa Research Institute of Ghana, CRIG.

When this happens, Ghana will join Madagascar as the only country in sub-Saharan Africa which produces and exports both fine flavour cocoa beans and the bulk or ordinary cocoa beans.

Government in partnership with Glico TCHO, a leading Japanese food company which produces chocolates and confectioneries, has cut sod for the construction of the first ever Sensory Evaluation and Bean Quality Laboratory and a Quality Training Centre at Akyem Tafo in the Eastern Region.

The Sensory Evaluation and Bean Quality Laboratory and a Quality Training Centre when completed, will be the first ever flavour testing laboratory in Africa.

The project, which is to be completed in 6 months’ time to commemorate cocoa day on October 1st, will be fully funded by Glico TCHO at a cost of USD 170,000.

Speaking at the official sod cutting ceremony at the Cocoa Research Institute of Ghana in Akyem Tafo, Dr. Isaac Yaw Opoku, the Executive Director of CRIG, said the facility will enhance the quality of Ghana’s cocoa beans. 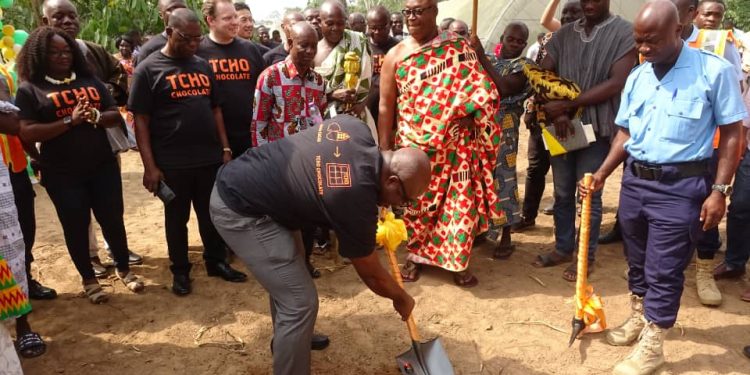 “We’re gathered here to celebrate the construction of an ultra-modern building from the donation of close to 170,000 dollars provided by Glico TCHO. The building will house a sensory evaluation and bean quality laboratory as well as a quality training centre for training cocoa farmers, Cocobod staff and stakeholders among the cocoa value chain. The ultimate goal is to enhance our research into bean quality and to build the capacity of all stakeholders along the value chain, so that Ghana will continue to serve the chocolate and confectionery industry high premium quality beans” he noted.

Fine flavour cocoa currently contributes 5 percent of world cocoa production; and its aromatic exhibition of complex flavour has made its demand increase on the world market. 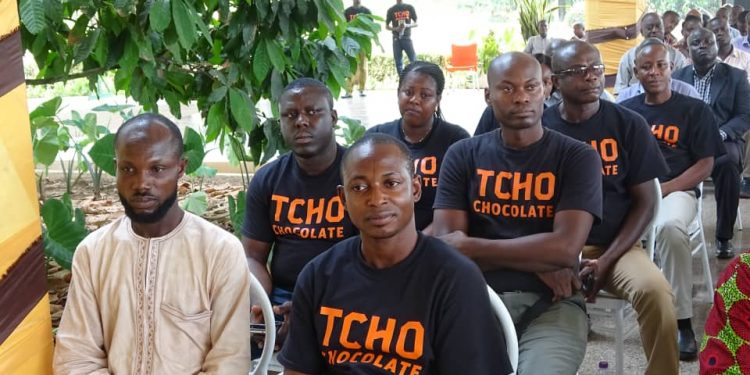 Deputy Executive Director of CRIG, Dr. Henry Gyahene Obiatey, says cocoa farmers who have exhibited interest in the cultivation of fine flavour beans, are receiving premiums on their produce.

He added that CRIG continues to receive requests from cocoa and chocolate manufacturing companies outside the country who are interested in fine flavour beans.

“The world cocoa market recognizes two broad categories of cocoa. The fine or flavour cocoa, or the bulk or ordinary cocoa beans. And it may interest you to know that in Africa, south of the Sahara, apart from Madagascar, all the other cocoa producing countries produce the bulk or ordinary cocoa. Fine flavour cocoa currently makes about 5 percent of the world’s cocoa production. However, there has been an increased consumption of late in the quest for fine flavour beans as chocolate manufacturers use it for up market and niche market specialty products”.

The Deputy CEO of COCOBOD in charge of Agronomy and Quality Control, Dr. Emmanuel Agyemang Dwomoh, says government is rolling out better interventions to make life better for cocoa farmers.

“Since 2017 we have brought new interventions. For the first time, cocoa farming is gradually moving to a direction that as a government, and for that matter Cocobod, we have to make sure that we attract and engage the attention of the cocoa farmer, because when the yield is increasing and the farmer is making more profit, certainly he or she will still remain in the business of cocoa. So we have brought in a number of interventions. One of them is pruning.”

“Pruning is a cultural practice that every farmer is supposed to undertake. But what we have realized is that for years they have not been doing it and even if they have to do it, they use machetes. But now we have realized that we cannot continue the old way of farming, so we have brought in a motorized pruner which we will launch soon. It is going to help farmers in pruning. When you prune, what happens is that the cocoa environment changes. There is inflow of air, ventilation is increased and incidence of diseases is also reduced. Then at the same time trees are able to flower more. When there is more flower we can pollinate” he said.

CRIG is currently piloting the cultivation of fine flavour cocoa beans in the Akyemansa and Offinso Districts of the Ashanti Region. Although some farmers are excited about the flavour factory, they want government to establish a chocolate producing factory in the area, to get full benefit of the Cocoa Flavour Laboratory and Quality Training Centre.

CEO of Korboe Farms, Samuel Tetteh Korboe, said “My call to the farmers especially around this area is for us to mobilize and run with this project and possibly set up a chocolate factory at Lobi, the village which is just about 15 minutes’ drive from the cocoa research institute. We desire to do it and we want to see this thing done so that the flavour lab they’re doing here will benefit the community, so we will collaborate to have it done”.

The Special Advisor to the Minister of Food and Agriculture and the chief advocate for the construction of the Cocoa Flavour Laboratory and Quality Training Centre, Dr. Yaw Adu Ampomah, also believes the construction of a chocolate factory in the area, will be in the best interest of farmers and the state. 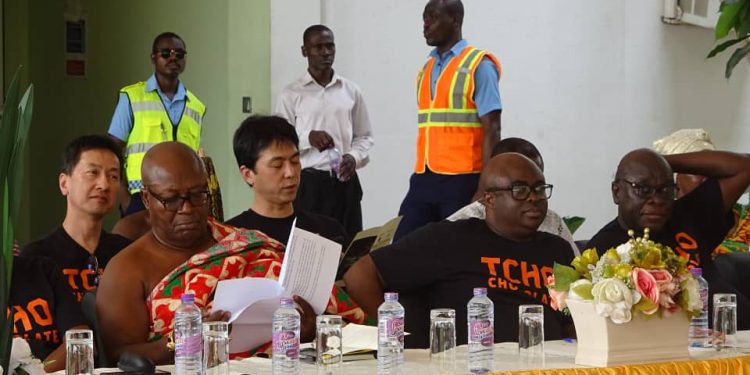