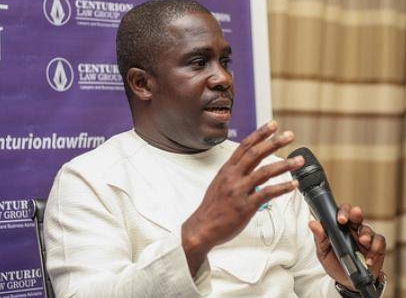 The Institute for Energy Security (IES) is urging the government to review its revenue projections from oil after Tullow Ghana announced that it will reduce its staff strength by 25 percent on the account of production challenges.

Tullow Ghana, which is the operator of the Jubilee and TEN oil fields in Ghana, over the weekend disclosed that due to production shortfalls in Africa and South America, it has had to downsize its workforce in its global operations.

Speaking to Citi Business News, the Executive Director of the Institute, Paa Kwesi Anamuah Sakyi, said it is time for the Finance Minister to review oil revenue projections in the 2020 budget.

“Tullow has already revised their production targets since December 2019. It tells you that, they won’t produce as they expected, so, whatever government was expecting to come from Tullow, both on the Jubilee Fields and TEN Fields, government needs to begin to revise their own notes because revenue will begin to fall as oil production falls from the two fields,” he warned.

He stated that the writings were clear in 2019 when Tullow started facing some challenges with its oil fields in Guyana and Kenya.

“It is important to also look at it from this angle that while Tullow was looking at going into Guyana and other aspects, they were preparing people to go for the operation. Now they have to cut down on the workforce. This will create financial challenges for all the partners.”

According to the company, it is set to reduce its workforce by at least 25 percent due to Tullow Oil Plc’s massive disappointments in operations Africa and South America.

The planned restructuring process, Bloomberg notes, is likely to lead to nearly 40 percent loss of the workforce in its Kenya operations as well as the shut of offices in Dublin, Ireland and Cape Town, South Africa.

Ghana, being one of the key markets for the Anglo-Irish oil company, is going to be hit hard by the restructuring process.

Sources close to the company told Citi Business News that the ongoing global redundancy process will lead to the departure of 35 percent of Tullow Ghana’s senior leadership as well as overall 25 percent job losses for staff made up of both Ghanaians and expatriates.

The redundancy programme will be done in three batches with the first group of workers set to exit the company by March, the second batch to depart by June, and the last in December 2020.

Ghana’s petroleum revenues for 2019 fell by more than four percent according to provisional data released by the Bank of Ghana.

The central bank’s data released earlier this week shows that the country recorded US$503.1 million from crude oil liftings, surface rentals and corporate taxes in the second half of 2019.

The first half of the year also generated US$434 million bringing the total petroleum revenue received for last year to US$937.7 million.

Last year’s revenue is four percent lower than the US$977.1 million the country received from its petroleum resources.